It turns out cocoa flavanols could help your memory.

The study, published in the online issue of Nature Neuroscience, provides the first direct evidence that one component of age-related memory decline in humans is caused by changes in a specific region of the brain and that this form of memory decline can be improved by a change in diet.

As people age, they typically show some decline in cognitive abilities, including learning and remembering things such as the names of new acquaintances or where one parked the car or placed one’s keys.

This normal age-related memory decline starts in early adulthood but usually does not have any noticeable impact on quality of life until people reach their fifties or sixties.

Age-related memory decline is different from the often devastating memory impairment that occurs with Alzheimer’s, in which a disease process damages and destroys neurons in various parts of the brain, including the memory circuits.

Previous work, including some by the laboratory of senior author Dr. Scott A. Small, had shown that changes in a specific part of the brain — the dentate gyrus — are associated with age-related memory decline.

Until now, however, the evidence in humans showed only a correlational link, not a causal one.

To see if the dentate gyrus is the source of age-related memory decline in humans, Small and his colleagues tested whether compounds called cocoa flavanols can improve the function of this brain region and improve memory.

Flavanols extracted from cocoa beans had previously been found to improve neuronal connections in the dentate gyrus of mice, which inspired this line of research. 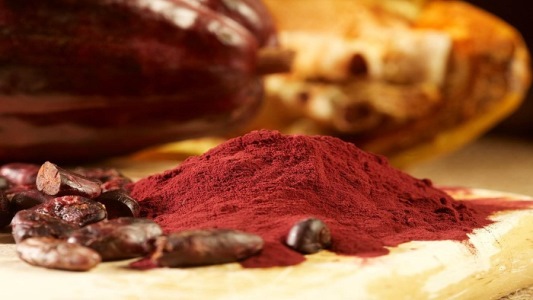 Mars Inc., which also partly funded the research, created a test drink containing cocoa flavanols specifically for the research. The company used a proprietary process to extract flavanols from cocoa beans — most methods of processing cocoa remove many of the flavanols found in the raw plant.

“When we imaged our research subjects’ brains, we found noticeable improvements in the function of the dentate gyrus in those who consumed the high-cocoa-flavanol drink,” explains lead author Adam M. Brickman, associate professor of neuropsychology at the Taub Institute for Research on Alzheimer’s Disease and the Ageing Brain.

He cautioned, however, that the findings need to be replicated in a larger study — which he and his team plan to do.

Flavanols are also found naturally in tea leaves and in certain fruits and vegetables, but the overall amounts, as well as the specific forms and mixtures, vary widely.

The precise formulation used in the CUMC study has also been shown to improve cardiovascular health. Brigham and Women’s Hospital in Boston recently announced an NIH-funded study of 18,000 men and women to see whether flavanols can help prevent heart attacks and strokes.

The researchers point out that the product used in the study is not the same as chocolate, and they caution against an increase in chocolate consumption in an attempt to gain this effect.

Besides flavanols, exercise also has been shown in previous studies, including Small’s, to improve memory and dentate gyrus function in younger people.

In the current study, the researchers were unable to assess whether exercise had an effect on memory or on dentate gyrus activity.

“Since we didn’t reach the intended VO2max (maximal oxygen uptake) target,” Small says, “we couldn’t evaluate whether exercise was beneficial in this context. This is not to say that exercise is not beneficial for cognition. It may be that older people need more intense exercise to reach VO2max levels that have therapeutic effects.”

The dentate gyrus is distinct from the entorhinal cortex, the hippocampal region affected in early-stage Alzheimer’s disease.

Small is a professor of neurology and the director of the Alzheimer’s Disease Research Center in the Taub Institute at CUMC.

The study was supported by grants from the National Institutes of Health (AG034618 and AG035015), the James S. McDonnell Foundation, the McKnight Brain Research Foundation and Mars Inc.

Hagen Schroeter is employed by Mars Inc., a company with long-term research and commercial interests in cocoa flavanols and procyanidins. The other authors declare no financial or other conflicts of interest.