Richetrich praised for exceptional services to the industry. 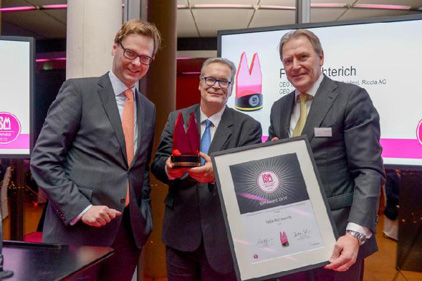 Felix Richterich, owner and ceo of Ricola AG, has won the ISM 2015 Award.

The award is a staple of the ISM, the world's largest trade fair for confectionery and snack items. The 45th ISM runs from Feb. 1-4 in Cologne, Germany, and features exhibits from more than 1,500 companies from 65 countries.

Richterich accepted the prize during a gala dinner on Feb. 1, thanking the international jury for the award.

According to Bastian Fassin, chairman of the International Sweets and Biscuits Fair Task Force (ASIM), the ISM Award acknowledges exceptional services in the confectionery and snack item sector.

Schmid says Richterich has rendered exemplary services to the industry and that award winners are characterized by personal commitment, awareness for tradition, innovation, and commitment to location, humanity and modesty.

Last year’s ISM Award was won by Herman Goelitz Rowland Sr., chairman of the board at Jelly Belly.