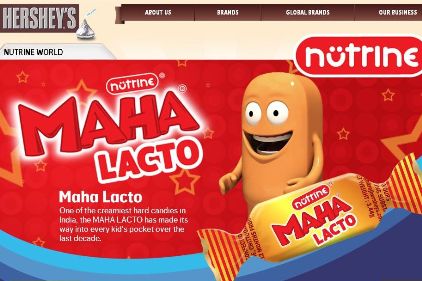 The Hershey Co. made a major commitment to its international presence this week, buying out the 49% of shares from Godrej Hershey Ltd. that it did not already own, to create “Hershey India.”

The deal means the company will own the Maha Lacto and Nutrine candy brands; the Jumpin and Sofit beverage brands as well as the related manufacturing facilities.

Hershey hopes the move will help it evolve into a faster growing India market leader in the food and beverage space.

“India is a key focus market for The Hershey Co.,” says J.P. Bilbrey, president and ceo of Hershey. “Confectionery and beverage category growth in India is solid and we’re excited about our opportunities. We’ll make the necessary investments in India to accelerate growth, leveraging our core strengths and business model.”

The deal is expected to close by the end of the third quarter, and the newly formed entity “Hershey India”, will become a wholly owned subsidiary of The Hershey Co.

The transaction gives Hershey an opportunity to integrate Godrej Hershey into the company’s global business platform and leverage corporate resources across the chocolate, sweets and refreshment strategic business units.