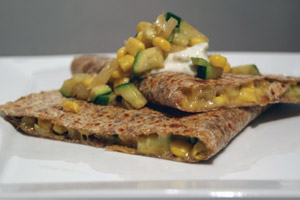 It’s a year of highs and lows for the tortilla market and we still have to get ‘around the horn’ for six more months. The market has experienced strong growth, but will there be enough white corn production to last out the year, with harsh weather and such hot demand coming into play?

The tortilla industry has witnessed strong growth in the last five years, making it one of the fastest growing segments in the baking industry. Consumer interest in Mexican cuisine is definitely growing, as an increase in the population of Hispanics and the rising awareness of the health benefits of tortillas are key contributors of the growth.

Latinos have been responsible for an ever-increasing share of consumer buying power in the U.S. Market research publisher Packaged Facts estimates that in 2009 Latinos accounted for more than 9% of total buying power, compared to less than 4% in 1980.

The buying power of Hispanics exceeded $1 trillion in 2010With an estimated buying power of $616 billion, Latinos of Mexican heritage represent the single most influential segment of the Hispanic market. By 2015, Packaged Facts forecasts the buying power of the Latino population as a whole will reach $1.3 trillion.
From an operational standpoint, there is continued and increased emphasis on improved food safety, and this trend will likely continue to demand increased attention and allocation of resources for all participants in food manufacturing.

“While there is a great deal of disagreement regarding the economy overall, including the nature and extent of any recovery from the recession, the trends are very clear in one sector: The Tortilla industry, which has grown from $6 billion a year just a few years ago, to an estimated volume of $11 billion by the end of this year,” he says.

Since 1991 when TIA was established, and since 2005 when it began conducting research and collecting data on trends in the industry, the volume of sales has been consistently characterized by strong, steady growth, Kabbani notes. “Interestingly enough, the economic downturn of the past two years didn’t hurt this robust trend,” he says.

Factors such as the rising prices of corn, due in large part to the speculative news related to energy supplies and the role of alternative fuels, are certainly affecting this growth. Corn ethanol is the most heavily promoted, though white corn isn’t used in ethanol. Reports claim that if the spotlight remains pointed at ethanol, and the bidding up of yellow corn indirectly could affect white corn prices as well—and producers may be induced by incentives to plant yellow corn instead of white—this general trend may have a dampening effect on at least the corn tortilla segment of the market.

“The cost of commodities used in making tortillas has gone up significantly,” Kabbani affirms. “Some of it due to excessive speculation among commodity traders and some of it, particularly in the case of corn, due to nonfood demands such as corn ethanol as an alternative or additive to gasoline. Making this factor worse has been the imposition of tariffs on foreign ethanol, such as the ethanol produced in Brazil from sugar cane instead of corn. TIA has therefore supported a number of initiatives and groups lobbying for removal of these tariffs as it would bring relief to corn pricing.”

Frost damaged part of the white corn crop (white corn is the preferred type of masa) in Mexico earlier this year, and the wet weather this spring in Midwest farm country has given tortilla production a few strike-outs.

“Much of Mexico’s winter white corn crop was damaged, which has tortilla manufacturers concerned,” says Julio Hernandez, the U.S. Grains Council director in Mexico. “The cost of replanting and a shortage of seed allowed only about half the acres to be replanted, and frost damage will likely impact overall yields.”
Hernandez estimates that the country could be short about 2-2.5 million tons of white corn this year. “About 750,000 tons of white corn from the United States has been sold to Mexico for delivery from June to October,” he says in a recent Wisconsin Ag Connection report.

“At least as big of a driver as the growth of the Hispanic population has been the rapid adoption of tortilla consumption by nonHispanic consumers,” Kabbani adds. “Wraps, which are tortilla based, have proliferated across the menus of fast food restaurants and other food outlets across the country. For these consumers, the appeal in addition to the delicious flavor of tortillas is also the awareness that they are healthier in several ways compared to sandwich bread. In fact, this has also carried across to home use of tortillas, with wraps taking the place of sandwiches in lunch bags of many non-Hispanic households. In effect, tortillas have evolved from a food item into a food delivery platform.”


Gluten-free tortillas
A most valuable player, the gluten-free category has indeed been experiencing a significant market surge. The French Meadow Bakery, Minneapolis, produces gluten-free tortillas that are both hearty and nutritious and offer numerous ways to enjoy favorite dishes. The soft tortillas are made with all-natural ingredients such as rice and tapioca, and can be refrigerated for freshness. Six tortillas come in a package and a retail price of $4.99.

But with all of the new developments, tortillas have always been a lower-cost food option, Kabbani states. “As our economy experienced a downturn, the number of tortilla buyers has actually increased, as budget-minded consumers turned to this product in greater numbers


Editor’s Note: To learn more about these and other new products in the tortilla category, go to www.snackandbakery.com and check out our online new products section.