The growth in global food procurement has been a driving force behind changing regulatory needs. A sudden shift in U.S. food imports took place 10 years ago, and the value of those imports has since more than doubled. Much of that increase was fostered by economic reasons—ethnic food consumption in the U.S. expanded and imported products are cheaper.

Global procurement has outpaced food-safety considerations. In addition, there are differences in cultures, technologies, regulations and the level of regulatory oversight as well as toleration of corruption within supplying countries. 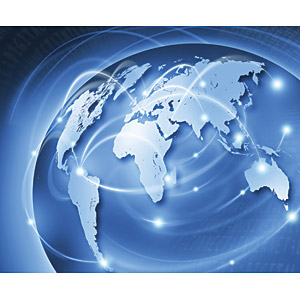 In the past seven years, there has been a constant string of costly food-product recalls that point out how food firms can be vulnerable to their foreign supplies. These experiences aren’t just limited to U.S. food manufacturers or importers, but have shown up in other parts of the world.

Historically, food manufacturers had either known their suppliers in detail or depended upon regulatory oversight of U.S. manufacturers for food safety. As product procurement moved off-shore, many people viewed the world as flat when it came to food safety.

The economics of procurement trumped the considerations of the variations or the lack of food-safety regulations and oversight in the exporting country. Buyers assumed the import inspection at the border to clear the product for import into the U.S. was their quality-control/food-safety oversight. However, regulatory agencies only look at 1-2% of imports and have very limited knowledge of the regulatory requirements and oversight. This has led to a false sense of security as to product safety and has led to several costly recalls. Christopher Columbus proved that the world was not flat hundreds of years ago, and that is certainly true today when you consider food-safety requirements.

The key factor in the Food and Drug Administration’s (FDA) Food Safety Modernization Act of 2011 (FSMA) is the assignment of “responsibility” to food company management for preventive food safety. Historically, the industry has delegated most food-safety responsibility to the government inspector at the point of import. That has proved to be a problem. Since 2009, the number of food-product recalls related to imported products has tripled in the U.S. and is also very evident when monitoring food-product recalls in other countries.

The FDA’s proposed Foreign Supplier Verification Program (FSVP) outlines requirements for users of imported food ingredients and sellers of imported food to evaluate the hazards and preventive control programs on each product and supply source. This is a major shift for the majority of the food industry.

The proposed FSVP regulations will create changes in the current food import business. These changes may range from whether a firm continues to use imported or domestic sources to ownership of products at time of import. It also will lead to drastic changes in the current business models of food import brokerage firms. There will certainly be a need for qualified, technically trained food-safety personnel to conduct the required hazard analysis and evaluation of preventive controls.

The time to start planning is now. Become familiar with the FDA’s proposed FSVP, consider how it will impact your business and begin the planning process. Being successful now and in the long-term means knowing your supply sources from the point of the science of food safety.

Author Gale Prince is founder and president of SAGE Food Safety Consultants, LLC, Cincinnati, which offers guidance and generates solutions on issues such as crisis management, food safety, regulatory compliance and quality assurance. Prince brings more than 40 years of food industry experience to the table, starting in 1967 at the Jewel Cos. untll his retirement from The Kroger Co. as their director of corporate regulatory affairs. He is widely known for his involvement in industry and regulatory activities and in addressing global food safety issues.

Are you on target for FSMA?

Enforcement changes in the food industry

Food Plant of the Future: Raising the Bar on Plant Air Quality

Food Plant of the Future: Hazardous Materials Storage and Use