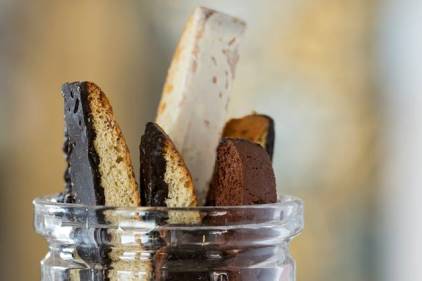 Hansberry succeeds Dave Beré, who is retiring as ceo and will serve as chairman of the board of directors of Nonni’s Foods.

“The Nonni’s brand has great heritage and a loyal customer base that helped secure its spot as a market category leader over several decades,” says Hansberry. “I look forward to working with the Nonni’s team to continue its success in new product growth and expanding the national presence of our brands on shelves.”

Hansberry has more than 25 years of experience in the industry. Most recently he served in dual roles at Wm. J. Wrigley Jr. Co. as chief marketing officer in North America and as v.p. of U.S. gum, confections and mints. Prior to that, he held dual roles at H.J. Heinz as chief marketing officer of Heinz consumer products and as group v.p. of Ore-Ida and winter brand portfolio.

“Brian is a strong leader with an exceptional track record in the food and consumer packaged goods industry,” says Beré. “Leading Nonni’s Foods and working with the accomplished Nonni’s team throughout my tenure was a great honor, and I am confident Brian will succeed in maintaining the growth and continued success of the Nonni’s business.”