Study: Almost everyone loves to snack on candy!

Snacking is on the rise and the meaning of “snack” is evolving, according to Technomic study 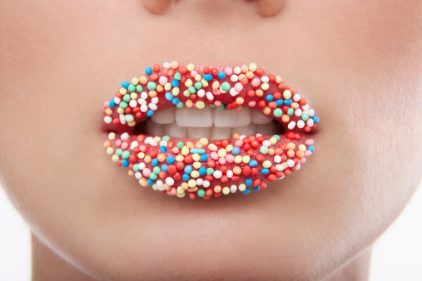 Candy is the most popular snack in America, at least according to a new study from Technomic, which does research for the food industry.

Among its many questions, the study asked more than 1,500 consumers who were over the age of 18, “Which of the following traditional snacks do you purchase at least occasionally?” and they were asked to “select all that apply.”

Candy led the pack with 71 percent of people claiming they buy a sweet treat at least occasionally. Up next was nuts, with 62 percent, followed by crackers with 59 percent. After that was fresh fruit at 58 percent, followed by cheese/string cheese, which came in last place with 50 percent.

The snack study also revealed that snacking overall is on the rise, with more than half of today's consumers (51 percent) saying that they eat snacks at least twice a day. That’s an increase from the 48 percent who said the same in 2012, and the 31 percent of consumers who told Technomic they were snacking more frequently just two years ago.

As for those late-night trips to the fridge, they’re still very popular. The data showed that while people (71 percent) snack in the midafternoon, the second most popular time of day to grab a snack is late night (41 percent). That’s followed by mid-evening (39 percent) and then midmorning (37 percent).

Whatever time of day people are reaching for bite to eat, they’re not just reaching for the same old things. The research showed that consumers are broadening their definition of a "snack."

These days, a wider range of foods — and beverages — are now viewed as snacks. That’s led to convenience stores and other retailers facing competition from restaurants, as they all work to meet the growing demand.

"The retail market is aggressively promoting snacks, but there's plenty of room for restaurants to expand their snack programs and grab share,” he says.

As part of its data, Technomic also published an update of its Snacking Occasion Consumer Trend Report, which included interesting findings, such as:

Technomic provides clients with the facts, insights and consulting support. Its services include numerous publications and digital products, as well as proprietary studies and ongoing research on all aspects of the food industry.