The candy retailer, which has 96 retail locations, has named:

Koempel brings to the company extensive experience in strategy, finance, operations, IT and merchandise planning and allocation.

“I am thrilled to be joining IT'SUGAR at an exciting time when there is a significant opportunity for growth,” he said. “I look forward to helping take the company to the next level."

Prior to Victoria Secret Lingerie, Koempel served as executive v.p./chief financial officer at L Brands' Mast Global Division from 2007 to 2017. Before that, he spent more than eight years in other various leadership and business roles at L Brands, including serving as v.p. of corporate finance from 2004 to 2007 and in other financial roles from 1998 – 2004.

Prior to L Brands, he served in various positions at Arthur Andersen & Co. from 1991 to 1998. Koempel has a BBA from the University of Dayton and is a certified public accountant.

Jeff Rubin, CEO of IT'SUGAR said the company is excited to welcome Koempel.

“I am confident that he will help grow the IT'SUGAR brand and deliver the best possible employee and customer experience,” Rubin said. “He is a strong leader who I know will motivate the IT'SUGAR team to accomplish our goals and build on the company's success now and well into the future." 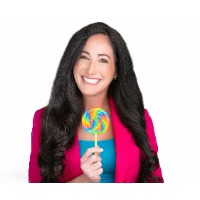 Mady will oversee the company’s visual merchandising, private label, licensing, public relations, and marketing efforts. She will be charged with establishing the creative direction to support IT’SUGAR’s short-term and long-term growth strategies.

Mady joins IT’SUGAR from Basic Fun!, a toy company in Boca Raton, Florida where she served as the Head of Brand Development. At Basic Fun! she created proprietary brands, worked with internal teams to drive innovation, and led the company’s promotional and digital efforts across all brands, and product lines.

Prior to joining Basic Fun!, Mady founded and helmed the brand licensing, and creative agency, Brandberry, where she spent close to a decade launching new IP from the ground up and reinvigorating established brands. Brandberry served as the creative agency for IT’SUGAR creating style guides, private label packaging, store graphics, and web content from 2011-2014. 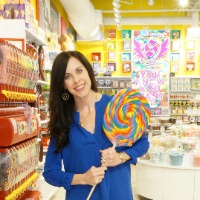 Lindstedt is an IT’SUGAR veteran of more than eight years.

In her new senior leadership position, Lindstedt will lead the merchandising team on all strategic initiatives including vendor funding for promotions and collaborations, development and implementation of all merchandising processes and procedures, pricing initiatives and overall margin strength, and development of proprietary merchandise collections.

Lindstedt joined IT’SUGAR in 2013 as an associate buyer in the non-confections portion of the business and soon became involved with the merchandising of the confections and all of the company’s other product lines.

She quickly rose through the ranks of the company having served as a buyer, senior buyer and now her new leadership role of assistant v.p. of merchandising.

Prior to joining IT’SUGAR, she held positions in Macy’s Florida’s buying offices, Ralph Lauren Childrenswear as a merchandiser for the Bloomingdale’s accounts, and with the St. Louis-based furniture company, Weekend’s Only.

IT'SUGAR has opened 10 new stores in the past six months including a two-story, 10,000-sq.-ft. store at Faneuil Hall in Boston. The company expects to announce more openings this year including its second candy department store in the United States at the Ala Moana Center in Honolulu, Hawaii.

IT'SUGAR is a member of BBX Capital Corporation's family of companies and a subsidiary of BBX Sweet Holdings, LLC. For more information, visit www.itsugar.com.