It took five years. The process started in 2011, the reformulation of Katjes’ diverse line of gelatin-based fruit gummies into vegetarian counterparts, that is. As Tobias Bachmüller explains, “The existing paradigm [gelatin-based gummies] had to be changed deliberately to bring the company and brand forward.”

First, there were the technical challenges facing the change. After all, there was a reason why gelatin was used in producing gummies. Its functionality had proved itself time after time, first manually and then on highly automated starch mogul lines.

Second, replacing gelatin by the use of starches and/or pectins required changing processing parameters involving times and temperatures to ensure a proper viscosity level during depositing, curing and eventual shipping.

And finally, there’s taste and texture. Reformulation would fail if it didn’t exactly replicate both the taste and texture of the originals. In the process, half of Katjes’ gelatin-based products were removed, reformulation proving either impracticable or unprofitable.

Adds Bastian Fassin, the founder's grandson and company’s co-managing director, “It was a huge investment on our part during the past five years. The biggest difference in changing over to vegetarian recipes was in the drying process.”

But on Aug. 1, 2016, Katjes had met its goal: All product lines being sold to the public containing gelatin were reformulated. Moreover, all new product introductions launched during the five-year period were gelatin-free.

“You could say we saved the equivalent of 750,000 pigs,” Bachmüller calculates. More importantly gelatin removal proved to be a major marketing coup for the company. The latest statistics show that 10 percent of all Germans practice vegetarianism.

And, as Bachmüller, points out, although vegetarians account for only 10 percent of the population in Germany, many women, particularly those in the 25 -34 range, only eat meat once or twice a week.

“We’ve essentially constructed a totally different product,” Fassin says. “It’s like building a car without an engine. You can say we’re the Tesla of jellies.”

And how have consumers reacted to the switch? Katjes is now the second largest fruit gummi manufacturer in Germany. More importantly, the “better-for-you” arena remains virgin territory for confectionery consumers, all of whom are looking for “permissible” snacking. 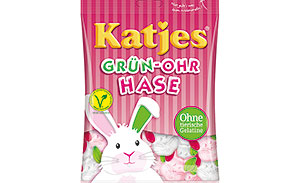 Fassin shares an example of how Marks & Spencer, the multinational retailer known for its luxury food items and a Katjes customer, switched one brand to vegetarian.

“They saw their sales increase by 40 percent,” he says.

But as bold and successful as Katjes’ move toward vegetarian gummies has been, the company’s deliberate acquisition strategy has been just as aggressive and advantageous in fueling its growth surge.

Beginning with Villosa in 2000 and continuing with Ahoj-Brause and candy brands such as Gletscher Eis and Granini during the following years, Katjes expanded its dominance in the licorice market while subsequently entering into new hard candy segments.

From the doubling of production capacity in Emmerich in 2004 to the building of the plant in Potsdam in 2006, Katjes committed itself to controlled growth. Fast forward into this decade and Katjes went into overdrive, acquiring Festivaldi, Lutti, Dallmann’s, Piasten as well as the Vicks brand during the past five years. It’s a carryover from Katjes’ own strategy whereby the brand portfolio is intensely scrutinized to deliver profitability, increased productivity and brand growth.

“We reduced our line of items from 54 SKUs to 20,” Fassin says. “In doing so, we were able to generate more sales.”

It also allows a company to better focus on existing brands, Bachmüller adds.

Still, “You need courage to make these decisions, since in the short run, you are losing sales,” Fassin adds.

One immediate return, however, is that the company can maximize production by reducing changeovers and extending run times.

It’s no surprise that the company is applying that same kind of strategy to its acquisitions, albeit in a studied and step-by-step manner. 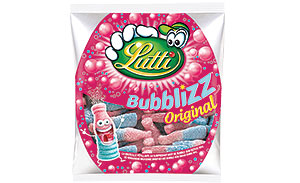 “We’re continuing to look for acquisitions in Western Europe,” Bachmüller says, “something that’s above the €20 million sales range and has sugar confectionery brands.”

“Piasten is a very strong No. 2 in Europe, second only to a multinational company [Mars],” Bachmüller says. “It’s a traditional brand that just needs an injection of marketing genius.”

“And we’re really proud of the Vicks acquisition,” he continues. “We have the license in perpetuity to market and sell the brand in 44 countries in Europe. Currently, we’re in nine countries, with sales approaching $30 million. However, the brand at one time did $60 million in sales. For Procter & Gamble, this was too small a brand to pay attention to. I can see us getting the brand to $100 million.” 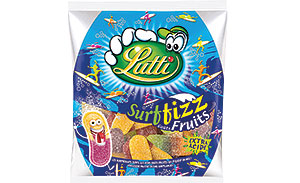 As Bachmüller revealed in an interview posted on Katjes International’s web page, “Our approach is to keep the acquired brands and to continuously strengthen them. Our participations therefore typically remain legally independent entities and continue to be operated by the existing local management. We believe in the idea of ‘local people for local markets.’ This differentiates Katjes International, in our view, from many of our competitors.

“We are currently actively looking into expansion possibilities in Italy and Spain. What is certain is that we will continue to focus on the sugar market in Western Europe in the future. Because here we know each other and can assess the market conditions. We also attach great importance to the security provided by a common legal area and a common currency.” 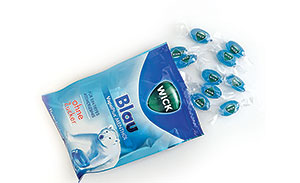 Most recently, the company increased its stake in Halloren to 7 percent, the oldest and still existing chocolate factory in Germany. Although not quite a sugar confectionery company, Halloren, which was founded in 1804, does produce a line of sugared jellies in addition to its exclusive chocolates, liquor-filled selections, chocolate coins and sugared jellies.

And operating in Western Europe does fit into Katjes’ comfort zone. As Bachmüller points out, it represents 60 percent of the population, 70 percent of the GDP and 71 percent of the confectionery market of the EU. Hence, there’s plenty of room for growth and ample opportunity for even more consumers to say “yes, yes, yes” to Katjes.

Anyone who walks into a retail shop that sells candy can’t help but be drawn to the sight of  one’s name being etched out by a 3D printer in gummy candy and edible glitter. It does help turn back the clock to the days of awe and wonder as a child. Simply, the Magic Candy Factory can print a gummi candy weighing between 15-25 grams that’s all natural, vegan, gluten- , dairy- and nut-free, and ready to consume in just five minutes. Consumers from seven (and younger) to 70 are able to witness the wonders of technological personalization while consuming a confection formulated by an experienced candy maker.

The 3D printer can whip out names, logos, designs — just about anything conceivable — in 12 different color and flavor combinations, finished off appropriately in either sweet, glitter, sour or fizzy toppings. A year in development, Fassin and Snover saw an opportunity in the ongoing improvements in 3D printer technology. Fassin, who has a 3D printer at home, recognized the need to ensure a simplified program for such technology to work in a retail environment.

Snover, who founded the Goody Goody Stuff brand in the UK in 2010, eventually selling it to Cloetta in 2015, realized that the future of the food industry lies in integrating health and wellness, natural ingredients and lifestyle with new technologies.

The two then collaborated to develop a system that simplifies 3D printing technology and integrates it with Katjes’ formulation expertise to deliver excitement, innovation and personalization at the retail level.

As Fassin explains, “This is not a marketing campaign; it’s a business model. We’ve optimized the process.”

Conventionally produced gummy candy normally takes up to 72 hours to cool, he adds. The combination of Katjes’ ingredients along with Magic Candy Factory process allows customers to make and eat their personalized candy in under 10 minutes.

All candy is produced from a set of premixed, clean and FDA & FSA (UK Food Standards Agency) approved ingredients, which are put into a cartridge and then placed into a 3D printer where they are heated and extruded to create a beautiful gummy in a specific color/flavor/shape/finish.

Trained operators can, with the help of the Internet, transpose designs for the customer. This also opens up another avenue for retailers, says Snover.

“When the shop’s closed in the evening, the retailer can be working on wholesale corporate accounts,” she explains.