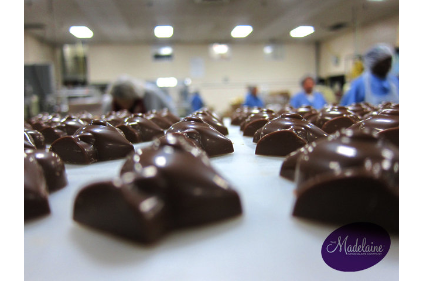 Madelaine Chocolate Co., one of the largest private employers hit by superstorm Sandy in the Queens’s Rockaways section, will receive $13.2 million in recovery funds from New York City.

The 2012 storm caused $50 million in damage to the candy company, leaving most of its chocolate molding lines inoperable and the business unable to rehire many of its employees. Last year, Madelaine officials said the company would have to move away from New York if it didn’t receive $10 million in Sandy aid.

The chocolate maker says the grant will let it repair delicate chocolate-making equipment damaged by the storm.

“We are very grateful to Mayor Bill de Blasio and his administration for making it possible, through a change of policy, for The Madelaine Chocolate Co. to remain in New York City,” says Jorge Farber, president and ceo, Madelaine. “This grant will enable us to continue rebuilding our factory after the devastation of Hurricane Sandy. We are looking forward to being able to hire, over the next two years, a significant number of employees, many of whom have been waiting to come back to work.”

With the funding, Madelaine will be able to double its 113-member staff within the next two years, according to city and company officials.

“We view this as an investment in order to make sure not just that the company recovers, but that the people who lost their jobs because of the storm can be rehired,” Maria Torres-Springer, commissioner of the city’s Department of Small Business Services, told the Wall Street Journal.

Madelaine’s funding will come mostly from the Sandy program administered by the Department of Small Business Services. The $9.7 million the department will give is close to a quarter of the total $42 million in federal disaster funds it will distribute.

The effort to keep Madelaine in the city is part of a larger push for job growth via the city’s Sandy funds in areas like the Rockaways, a spokeswoman for de Blasio told the Wall Street Journal.

This grant comes alongside a changing federal Hurricane Sandy Business Loan and Grant Program. The administration of Mayor Bill de Blasio worked with the U.S. Department of Housing and Urban Development to raise grants given to businesses affected by the storm.