Results highlight trends for the day of love.

It may be August, but it’s never too early to start planning for the day of love! Especially considering that nearly 62 percent of Americans agree that celebrating holidays like Valentine’s Day brings happiness in tough economic times. 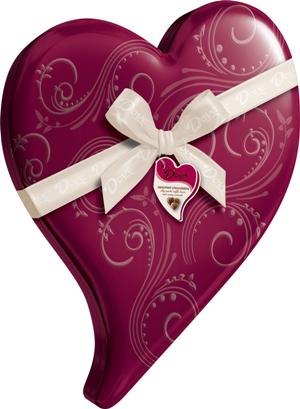 That’s according to new survey results from the National Confectioners Association.

And there’s good news for candy makers. When it comes to Valentine’s Day, a majority of Americans (69 percent) want chocolate.

The survey also found that  34 percent of Americans will be opening a box of chocolate and hoping those pieces are filled with caramel. Sorry, coconut, you won’t get much love (about 10 percent).

The survey also found that a large share of American parents will consume the chocolates piecemeal, eating or doling out a certain number of pieces per day until it runs out (41 percent).

However, about 40 percent completely agree that it’s OK to indulge on seasonal chocolates or candy during the holidays, especially if you eat healthfully in general.