Lollyphile owner tells how he started the company, how he’s handled the attention, and what he’d like to do next.

When Jason Darling first got into the candy business, people kept thinking he was a drug dealer. Seriously. 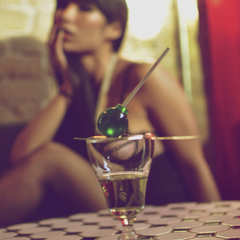 He was making absinthe-flavored lollipops for some of his friends’ parties, and it was back before absinthe liquor became legal in the United States. Naturally, people were getting confused.

“It was just for beer money, and the only downside was I started getting these phone calls late at night from people who thought I was selling drugs,” he says. “So I wanted a flavor that was not so psychedelic.”

A popular candy website called to tell him that they were going to feature the lollipops the next day and asked if his website could handle the traffic. He said, of course, and went to bed.

And thus, Lollyphile was officially up and running.

While Darling had been a cook all over the United States — “from gross little dive kitchens to fancy upscale joints, where the kitchen was open floor” — the Absinthe lollipop was the first candy he had ever made.

Now, he is based in Austin, Texas, and his manufacturing facilities are in Arkansas.

And, Darling hasn’t lost his creative flair since those early days. His current flavor collection includes Lavender, Salty Dog and Habanero Tequila, among others.

Most recently, though, he got a lot of national attention after launching Breast Milk-flavored lollipops. 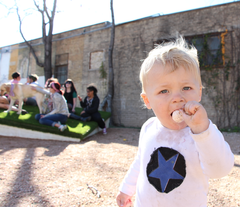 He says he has a bunch of friends with kids, and he noticed that no matter how loud the babies were crying, whenever their mom would feed them, they would immediately calm down. And then, one day, he was inspired.

To get the flavor just right, he ended up tasting the breast milk of a bunch of his friends. The result was a white sweet milk candy lollipop that’s just the right amount of uncomfortable.

“It’s been crazy. I was on CNN. And then, Fox News tried to write a hard-hitting article about me,” Darling says. “It’s really exciting to be on the news and say the word breast without having to say the word cancer. The sales for it have been great”

Since that’s been so successful, he’s looking at taking his lollipops international next. And of course, he’s already working on his next, big lollipop flavor.