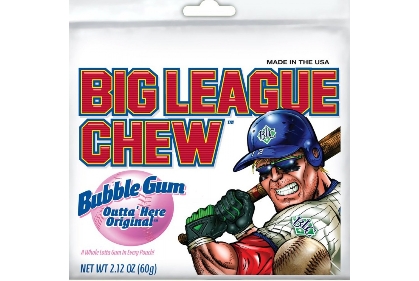 A St. Paul, Minn.-based candy store had gotten national attention after the owners were forced to give up tobacco — or at least any candy products that look like tobacco.

John Lynden, who co-owns Lynden’s Soda Fountain with his wife Tobi, says a customer called the city to report the shop for violating a St. Paul law that forbids the sale of tobacco-themed candy.

And, on Dec. 19, officials from the city’s Department of Safety Inspections came by and asked him to take his supply of candy cigarettes, bubble gum cigars and Big League Chew off the shelves and gave him a warning.

“We had no idea there was a city ordinance prohibiting the sale,” Lynden says.

Another customer heard about the incidence and called a local radio station. Then, the local newspaper ran a story about it, which was picked up by the Associated Press and eventually led to national attention for the shop. The story since has been featured on NBC and ABC news, among others.

“It’s great. Even bad news can be good news. It gave us a lot of exposure,” he says.

The company also has garnered lots of support from its customers, including comments on its Facebook page, like this one from Rick Kirk: “Big Government telling us what we can and cannot do! I bought some candy cigarettes for my 59-year-old brother, but told him to flush them down the toilet before the police bust down his front door!”

And this one from Diane Wichert Nelsen: “Love your place! I had the best macchiato of my life there the other day. Well, you got some free publicity. I doubt that you carrying contraband candy cigarettes (who knew???) would keep away potential customers. I'll be back!”

Lynden says the ironic part about the ban on the tobacco-related candy is that some of the products are actually meant to be an alternative to the real tobacco products they mimic. For example, Big League Chew was invented by Portland Mavericks left-handed pitcher Rob Nelson, who wanted to create an alternative to the chewing tobacco ball players were using.

And, Lynden says many customers bought his bubble cigars for new parents who don’t smoke.

The shop was not fined by the city for disobeying the ordinance, but Lynden says he will miss out on sales of the popular products.

“Really, you wouldn’t believe how many people would come in and say, 'Oh, I haven’t seen these since I was a kid,'” he says. “[But] we don’t want promote smoking. We’re good, law-abiding citizens. It is kind of silly, but we have plenty of other nostalgic candy. We’re not going to fight the ordinance or anything like that.”