Must be 21 or older to enter this candy store 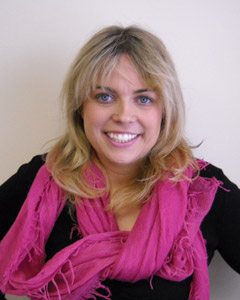 Some people want you to think it won’t be long before candy bars come with graphic warning labels. And all those extra IDs at the annual Sweets and Snacks Show aren’t because people didn’t want to pay for registration, but rather an attempt to participate in underage “sugaring.”

Evidence 1:
A recent briefing by the Society for Neuroscience links a variety of research suggesting obesity might have more to do with addiction than will power.

The over-the-top first paragraph asks, “Could candy be addictive, like cocaine or nicotine?”

It goes on to say, “Scientists are finding high-fat, high sugar foods can trigger lasting brain changes that might make it difficult to resist overeating.”

The authors say research suggests being overweight causes a decreased effect of the hormone leptin, (which controls appetite) and by extension changes the brain’s dopamine neurons — which play a key role in the brain’s reward system — thus creating an addiction-like reaction to food.

It goes on to say that another study shows that the resulting “brain changes can be passed on from pregnant mice to their offspring, making the mice pups more vulnerable to both obesity and addictive-like behaviors in adulthood.”

Evidence 2:
Researchers from the University of California, San Francisco recently published an opinion piece, “The Toxic Truth About Sugar,” asking that sugar be taxed and controlled.

The authors claim, “There is nothing empty about these calories. A growing body of scientific evidence is showing that fructose can trigger processes that lead to liver toxicity and a host of other chronic diseases. A little is not a problem, but a lot kills — slowly.”

First, my selfish reaction:
If promoting candy to the masses is equivalent to promoting cigarettes, alcohol or even cocaine then we should all be making so much more money. Seriously. Don’t people in those industries receive large compensations for selling their souls and the health of consumers? I want in on that.

Now, my humble reaction:
As someone who has struggled with weight since the third grade, I find this new line of thinking about obesity fascinating. I’m 5’3” and over the years I’ve weighed as much as 210 lbs. and as little as 141 lbs. Now, somewhere in between, I constantly feel at war with food.

While I don’t for one second believe my current job makes this war any easier, I also know that a majority of my “problem” calories come from fast food and soda pop rather than chocolate — even taking into account the piles of samples I receive each week.

In addition to that, I am firmly against any food being “taxed and controlled” as a result of my personal weight issues — even if those issues are caused by a genuine addiction.

One need not look any further than American prohibition to discover what happens when vices are completely banned. And taking that one step further, anyone who’s ever been 21-year-and-one-day old knows that as soon as beer is legal, it loses 75% of its luster.

I doubt any of the “food Nazis” would want to make sugar even more alluring to kids, and seeing as how confectionery companies vehemently oppose such regulations, I see the whole concept as a lose-lose.

Rather, I’d like to see a societal change that emphasizes compassion for those struggling with their weight, and a medical community that puts more thought into obesity treatment than “exercise more, eat less.”

Then, instead of calling for solutions that serve only to get everyone all hot and bothered (see: tax, control, sugar), maybe we could find solutions that actually, you know, solve the problem (see: health care coverage for dieticians, weight-lose medications, comprehensive nutrition/cooking educational programs, etc.).

I continue to believe candy is fundamentally a good thing that brings joy to the world and should be enjoyed in moderation. But I also believe that if we apply a more layered and comprehensive approach to obesity, everyone could end up happy and healthy.