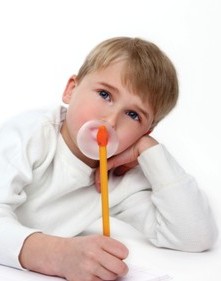 Which is why the holiday (if you can call it that) has long been overlooked by the confectionery industry. But that’s a mistake, says Rob Auerbach, president of Candyrific.

As he explains, it doesn’t really matter if people associate candy with that time of year — what’s important is that more people are in the stores.

“Any time you have confectionery offerings, and a critical mass of people, you’re going to have sales,” Auerbach explains. “It’s driven more by traffic than by, ‘This is the time of year I’ve got to get confections.’”

Ignoring holidays not usually associated with candy is just one of the mistakes that Auerbach says both manufacturers and retailers make with it comes to seasonal candy.

The various times of year can be a great  chance for companies to garner sales by  offering fresh products to shoppers who  didn’t even know they wanted them.

“The retailers do well when they’re in sync with what’s going with the consumers,” he says. “You need to be the solution to that quest. The really good retailers are very cognizant of what’s going as a society as a whole.”

Sometimes that means literally getting the shopper to run into the product.

“It’s very important that the impulse factor be a big deal. Floor displays, sidekicks, something the consumer is  just going to run into as they go down  the aisle,” Auerbach says.

One of the best aspects of seasonal confectionery is that manufacturers can usually charge as much as $4.99 for a product without consumers noticing. After that price though, it’s best to just increase it to $9.99, because in between is a sort of dead zone.

“With seasonal, the vast majority of sales are impulse,” he says. “It’s not a daily purchase. So while there’s not price resistance per say, where you can get a little bit more, there are certainly some psychological numbers where volume will either increase or fall over.”

The important thing is to not ignore the seasonal category, though.

“More retailers need to be aggressive with seasonal and be a little bit innovative instead of just the same old, same old,” Auerbach says. “Some retailers think if you just go from a 16-oz.  to a 30-oz. you’re being innovative.”

Instead, they should be open to exploring new seasons, new licenses, and new products.

“For retailers, there’s a payoff to look and see what’s available,” he says. “There are products that are going to satisfy the consumer, make them a destination place to shop for seasonal goods, as opposed to just, ‘I just happen to be in  the store.’ It’s an area where they could get some substantial growth.”