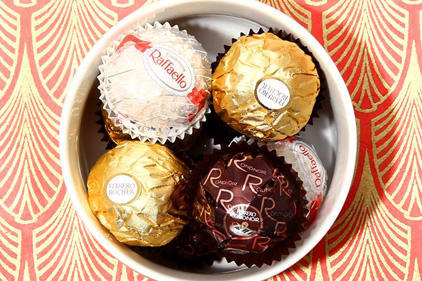 Michele Ferrero's chocolate empire is not for sale.

"There has been recent speculation that Ferrero could be sold to other groups. Giovanni Ferrero, ceo of the Ferrero Group, again strongly denies these rumors, raised at a particularly painful moment for the family and for the group," says the company in a statement. "The ceo reiterates that Ferrero is not, and will not be, sold to anyone other than its Consumers."

The death of the Italian billionaire this past Valentine's Day triggered rumors that the family-owned group,  now led by the family's third generation, might strike a deal to sell to one of its rivals.

Reuters reports that the maker of Nutella and Ferrero Rocher is an appetizing target for Mondelez International, Nestle, Mars and Hershey and that "given the strength of its brands, the high margins on chocolate and sluggishness of packaged food overall, the Italian business could feasibly be on the shopping list of any global food company."

The company could also attract the attention of international firms, such as Turkey's Ulker Biskuvi, Korea's Lotte or private equity firms like 3G Capital.

According to MainFirst Bank's estimate,Ferrero could sell for at least $18.2 billion based on its annual sales of $9 billion. The company has more than 30,000 employees in more than 20 countries and holds almost eight percent of the global chocolate market.

Notably, Ferrero never let outsiders buy into his company during his leadership.

But Andrew Cosgrove, EY's global lead analyst on consumer goods, is quoted as saying, "Certainly there's more chance of a deal now than there was before; that absolutely must be true. It was widely rumored that no deal would happen until this event."

Other sources say Ferrero could turn acquisitive to balance its portfolio. In the past, the company had considered buying United Biscuits and chocolate maker Russel Stover.

Meanwhile, a source close to the family is quoted as saying, "There is a less than zero chance they will sell."