Warrell aims to be 'partner of choice' in contract manufacturing

The Warrell Corp. has morphed over the last half-century to be many things to many different members of the confectionery industry.

Founded in 1965 by Lincoln and Marilyn Warrell, the company, known then as Pennsylvania Dutch Candies, sold and distributed specialty sweets and goods to small travel, souvenir and gift retailers dotting the country.

With the acquisition of Katharine Beecher in 1974, and building on Linc’s expertise as an engineer, the company moved into manufacturing its own confections. Then, in 2000, not long after shifting operations to a 200,000-sq.-ft. facility in Camp Hill, Pa., the company became The Warrell Corp., encompassing its contract manufacturing capabilities.

Through all these evolutions, one element has remained constant, says Richard Warrell, co-owner, executive v.p. of Pennsylvania Dutch Candies and Classic Caramel, and youngest son of Linc and Marilyn.

“It was conceived as a family business,” he said. “The idea between our dad and uncle, who was a silent partner, was that they wanted to create a multi-generational family business that extends the Warrell family values to all of our stakeholders, including our employees. Protecting family is a concept we've built our culture around, and we welcome our employees to the Warrell family.”

Warrell’s strong focus on family is carrying it through another transformation as the company rebrands, incorporates new leadership and focuses on three separate divisions — its distribution arm, Pennsylvania Dutch Candies; its caramel ingredient division, Classic Caramel; and Warrell Creations, a new name representing the company’s innovation-based approach to collaborating with contract manufacturing partners.

With Warrell’s legacy of family leadership, Matt Caiazza knew it wouldn’t be easy to step into the company’s top role last May, just before the annual Sweets & Snacks Expo.

“It was a hit-the-ground-running start,” Caiazza said. “Kevin (Silva) would say to me that I’d be drinking from a firehose, and he was right.”

Caiazza had big shoes to fill, succeeding Kevin Silva, Linc and Marilyn’s son-in-law. Silva served as president and ceo for two years and The Warrell Corp. for 26 years. But by the end of 2017, Silva had taken a step back after driving Warrell’s growth as far as he could. He remains on Warrell’s Board of Directors.

“In my mind, that’s a hallmark of a great leader,” Caiazza said. “(Silva) could’ve stayed forever, but he felt like it was time for somebody else to come in. From the board’s perspective, looking on the outside helped them to bring in some fresh ideas, some new thinking.”

After whittling down a field of 1,000 applicants, Warrell’s board of directors and family council determined Caiazza would be a perfect fit, thanks to his experience in contract manufacturing and work with a family-owned operation, gained through his family’s own chocolate manufacturing business, Caiazza USA.

“I was introduced to that dynamic a long time ago,” Caiazza said. “I know how difficult it can be, but I also know how rewarding it can be when things are really set up right. That was one of the things that attracted to me to Warrell — it’s a family business with a corporate structure."

Caiazza co-founded and led Paul’s Beverage Co., a beverage contract manufacturer. Pointing to similar changes and challenges the beverage, confectionery and snack industries are experiencing, he also cited the unique relationship contract manufacturers have with their customers. 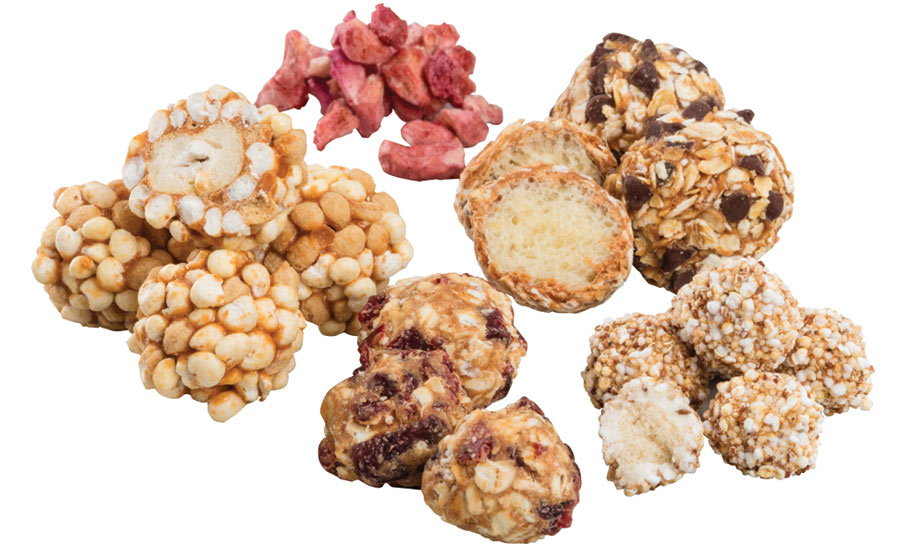 “Being part of a company where you’re actually helping people build their own brands, it’s really rewarding,” he said. “It’s the first business I have ever been in where I can say that there’s a real, true partnership between the customer and the supplier. Our customers rely on us to innovate and commercialize for them. We accelerate their time to market.”

Caiazza wasn’t the only addition to the leadership team. Patricia Zwergel has been brought on as chief financial officer, and Steve Sullivan, a 16-year veteran of The Hershey Co., is now serving as v.p. of private label and contract manufacturing. The move frees up Richard Warrell to focus on Pennsylvania Dutch Candies and Classic Caramel.

Annette Warrell Jones, who has held a variety of roles throughout Warrell’s divisions, serves as the company’s marketing manager, in addition to co-owning the company with Linc and Marilyn’s six other children.

Over the last six months, Caiazza has aimed at developing a spirited, supportive workplace culture to retain experienced employees and boost performance.

"Our goal is to foster an entrepreneurial culture built on diversity and shared values," Caiazza said.

Becoming a ‘partner of choice’ 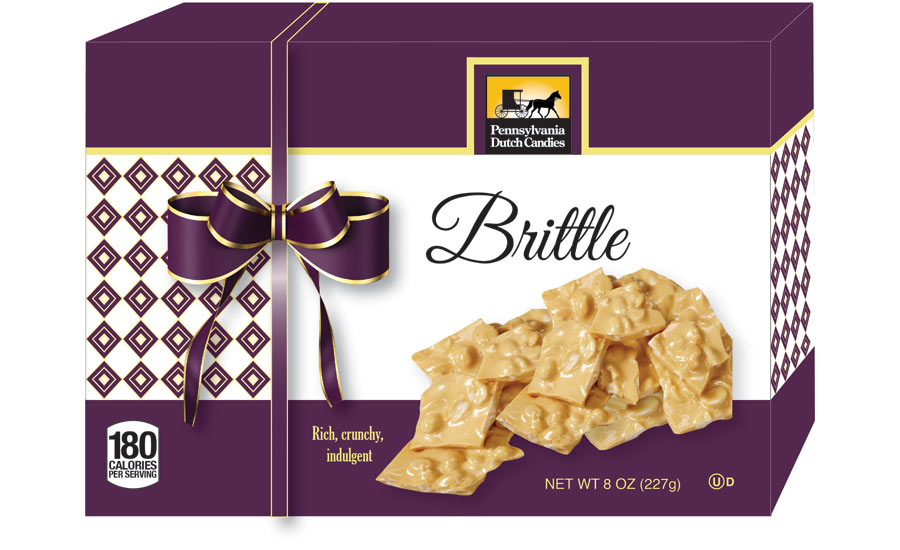 Since then, contract manufacturing, as well as private label and bulk manufacturing, has grown to occupy 80 percent of Warrell’s business. But until now, the company’s largest function didn’t have a distinct description.

“We have had a lot of growth based off of Warrell Creations, we just didn’t have a name for it,” Sullivan said.

“We realized that our customers needed to rely on a third party to match the nimbleness of start-up companies with which they were competing,” Warrell Jones said. “As a result, we devised an approach in which Warrell 'innovates for you,' on top of our already existing strengths.”

Gross, who has been with Warrell for 40 years, was the first addition to Warrell’s dedicated innovation team. Warrell’s product development team, led by Product Development Director Gretchen Bartos, now has a half-dozen food scientists.

With eight kitchens, Warrell touts eight manufacturing processes that can be layered to make indulgent sweets, better-for-you snacks and any “snackfection” in between.

As for the snack bites, Warrell has worked with with its partners to develop protein-rich coatings that mask the less-than-desirable taste of protein powders. For example, Warrell’s team has developed dreamsicle-inspired protein bite with an orange fruit gel center, a white protein coating and polish for shine.

Warrell has also created a snack bite that combines nut butters with puffed millet, an ancient grain, around a crunchy protein isolate center.

“Some protein flavor profiles leave an undesirable after taste, but when you have a talented team that can innovate with ancient grains, superfruits, nuts and seeds, wonderful innovations are created,” Warrell Jones said.

In 2009 Warrell acquired Classic Caramel and its 30,000-sq.-ft. plant in York, Pa., roughly 25 miles southeast of Camp Hill. It represents about 5 percent of Warrell’s business now, but sales continue to grow alongside caramel’s popularity as an ingredient.

“Caramel is a big part of snacking options,” Caiazza said. “I think we can really grow that company as well.”

Warrell completes its portfolio of capabilities with an array of packaging options, ranging from stand-up and pillow pouches to cans and PET jars. As part of a multimillion-dollar capital outlay, Warrell is upgrading and centralizing its packaging machinery.

Given Warrell’s commitment to innovation and flexibility in processing, Sullivan coined a description for Warrell Creations that encapsulates its new, focused mission: partner of choice.

“We’re positioning ourselves as a solution,” he said. “We’re the partner of choice because we have this breadth of capabilities. We innovate for you.”

Customization is key for PDC

From its start, Pennsylvania Dutch Candies (PDC) has been a one-stop-shop for independent, gift and travel retailers looking to sweeten their sets without making candy and snacks a major priority.

“They don’t want to be a candy store,” Richard said, noting PDC has about 3,500 independent accounts. “They’re there for the impulse, the things our category brings to them.”

Representing 15 percent of overall sales, PDC offers novelties, nostalgic treats and better-for-you snacks — including its two-year-old Nut’n But Natural line — on an individual basis. However, retailers can also purchase hutches, end caps and other displays with an assortment of chosen items, eliminating the need to work with multiple vendors.

“We select the items we know are going to do well for them,” Warrell Jones said. 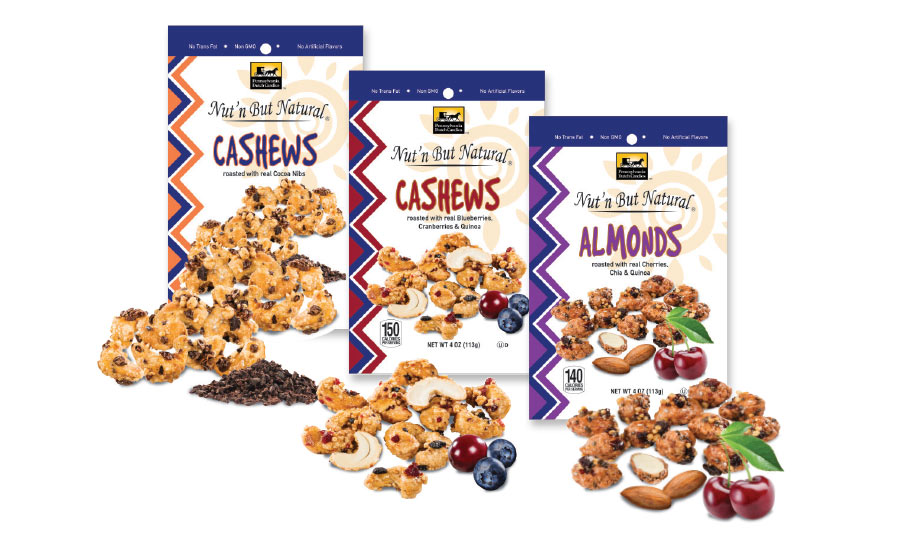 PDC is also known for its line of peggable bulk header bags, featuring the company’s horse-drawn buggy logo. While it carries the company’s legacy, the logo can also tie the brand to its roots in Pennsylvania Amish country.

To support PDC’s national scope, the company is launching customizable headers. Retailers can use their own logos and artwork, or if they’re associated with a tourist spot or attraction, headers with the Sweet Adventures brand and images of animals, fish and other regional imagery are available.

In addition to upgrading its printing equipment to do private label bag lines, PDC moved warehousing into a leased 32,000-sq.-ft. facility across the street from Warrell’s Camp Hill plant. Richard said he hopes to roll out the program to 500 customers in two years.

“Sometimes we can pigeon-holed on a national basis for Pennsylvania Dutch Candies, even though we sell in all states,” he said. “This is going to give us a focused approach on delivering value for our customers."

Whether Warrell is developing and producing sweets and snacks — or curating and packing them — Warrell’s goal is to exceed customers’ co-manufacturing expectations in creativity, speed and quality.