Pop Rocks makes its way into the recipe books

Treat is pops up as an ingredient more and more often!

While many people may still take a pause before mixing a can of Coke and some Pop Rocks (despite the fact that the explosive effects have long since been proven untrue), it’s becoming more and more common to see the candy combined with different foods and drinks as an ingredient. 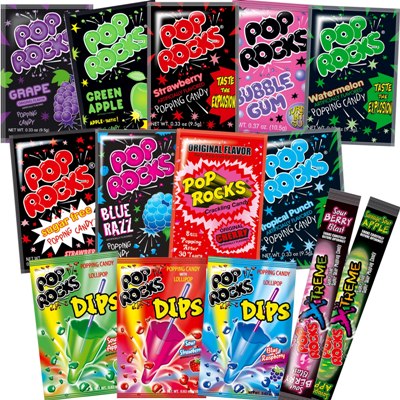 The latest recipes cover everything from gourmet strawberries rolled in chocolate and Pop Rocks to Pop Rocks Margaritas. The candy also is being added to foods as diverse as cereal, popcorn, ice cream and peanut butter.

And this summer, the candy maker is encouraging fans to be as creative as possible in the kitchen with its Rockin’ Recipe Contest, open from June 24 through July 4 on its Facebook page.

Two prizes will be awarded: One grand prize ($100) for the recipe with the most likes, and another (a box of Pop Rocks) for the best recipe judged by a panel.

“Pop Rocks adds a little bit of the unexpected and takes something that is average to a level of fun that consumers enjoy and relate to,” says a company spokesperson.

This favorite treat of the 70’s is resurging with “pop”ularity and continuing to deliver fun to kitchens and consumers.