Nutrition in a nutshell 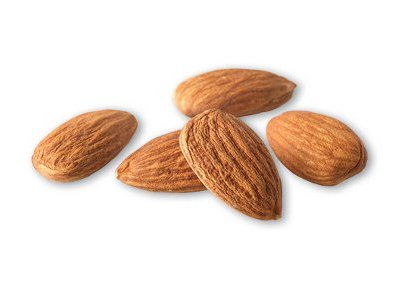 Almonds, known for containing loads of vitamins, protein and fiber, can now add “low calorie” to its list of health benefits.

A study conducted by the United States Department of Agriculture (USDA) says that a 1-oz. serving (23 almonds) contains 129 calories, 20% fewer than the 160 calories originally calculated.

For the study, published this month in the American Journal of Clinical Nutrition, researchers used a procedure different from the traditional Atwater system, a method in which a food’s total calorie count is based on the amount of fat, protein and carbohydrates it contains.

Instead, USDA scientists measured the amount of energy that test subjects actually took from the almonds. Due to its cellular structure, the fat in almonds is not easily absorbed, meaning consumers were not getting the full amount of energy — or calories — that researchers previously thought.

“This new information indicates we get fewer calories than we thought from a handful of almonds,” says Karen Lapsley, chief science officer for the Almond Board of California. “Considering the 100-plus year history of traditional methods of nutritional analysis, this is really starting to get interesting.”

While the study applies solely to whole almonds, the implications behind such new measurements extend well beyond the football-shaped nuts. Many foods, including a variety of confections, could  have their calorie counts remeasured.

Additionally, the study suggests that if consumers are looking to lose weight, they should consider replacing easily digested foods with almonds in their diets. The switch could help consumers lose more than one pound a month.

Those are some pretty nutty findings.