Chocolate: What’s on the horizon?

As Barry Callebaut’s Peter Boone explains, when it comes to chocolate, “It’s all about taste.”

When you’re the chief innovation and quality officer for the world’s largest cocoa and chocolate processing company, it’s not hard to be pulled in several directions. After all, overseeing a team of 250 R&D employees spread across the world, it’s easy to pick up trends from every corner of the globe, which can be overwhelming. 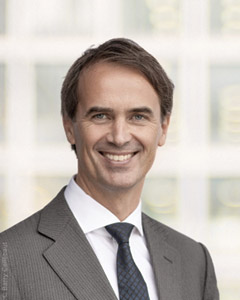 But as Barry Callebaut’s Peter Boone explains, when it comes to chocolate, “It’s all about taste.”

Naturally, some consumers are attracted to chocolate’s ability to attain superior beauty, be it a shiny single-origin bar or a beautifully decorated truffle. Others might be seeking superior health benefits, looking for simplicity and authenticity.

To satisfy all, it’s important to understand cocoa science and structure.

As Boone explains, “Cocoa is one of the most complex natural products out there, with more than 40,000 compounds. Currently, we simply rate the bean and identify it for which kind of liquor it’s best suited for. But in the future, we’ll be able to read the bean, which will allow us to predict which bean will deliver the deepest color or the most intense flavor.”

In conjunction with being able to read the bean, it’s just as critical to understand structure, “How to build it, how to sustain it.”

Having the capability to do so provides enormous benefits, he says.

Thanks to the use of ingredient and processing technologies, Barry Callebaut’s R&D group was able to raise the melting point of chocolate by four degrees, greatly improving its chances of remaining stable in the supply chain.

“In two years, I think we’ll be able to raise that to six degrees,” Boone says.

And expect to see the launch of many new chocolate products using ACTICOA chocolate this year, he adds. Thanks to a fermentation process using a special yeast, the ACTICOA process preserves 80 percent of the naturally present cocoa flavanols.

In that same vein, the company is also dedicating its research efforts to authenticity and permissibility.

“People want the real thing when it comes to chocolate,” asserts Boone.  “At the same time, it’s a calorie-dense product. Several of our initiatives focus on reducing sugar and calories in a natural way. Nevertheless, we don’t want to give up the proposition of taste. Chocolate is a pleasure to enjoy.”