Ned Micelli, who built up the business with his father Joseph, “loved the chocolate industry.”

With his son Joe and daughter Ronnie by his side, Ned Micelli, 88, founder of Micelli Chocolate Mold Co., passed 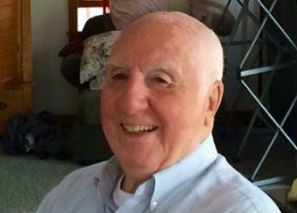 away peacefully at home in Malverne, Long Island, N.Y. on July 16.
He, with his father Joseph Micelli Sr., founded the company 70 years ago in June 1947.
The father-and-son team at the All Metal Chocolate Mold Co. — as it was called then — started out repairing metal moulds. The company eventually shifted to producing custom metal moulds for major chocolate manufacturers.
In 1956, the Micelli family opened its second manufacturing plant in Bronx, New York City. By the late 1960s, Ned had pioneered the use of thermoform plastic moulds for chocolate in the United States.
During the early 1970s, Ned's son Joe came aboard, and soon the company began manufacturing polycarbonate plastic injection molds. At this point, Micelli Chocolate Mold Co. was the only manufacturer left in North America producing industrial chocolate moulds.
In the mid-1980s, Ned’s son John joined the family business, which coincided with the company entering the age of computer-aided design and manufacturing technology. A few years later, Ned's daughter, Theresa, joined to focus on accounting and administration.
Ned worked tirelessly side by side with his children to drive the business forward. Today, Micelli Chocolate Mold Co. is the largest manufacturer of chocolate moulds in North America and the only North American-based manufacturer of injection polycarbonate chocolate moulds.
“He loved the chocolate industry and truly embraced helping his customers with chocolate moulding and developing new moulds. Most people he worked with became his friend,” says John, who heads up the company today.
Although his father had been retired for some time, John adds that he still maintained a keen interest in the business and technical innovations as the company evolved.
Ned is survived by five children, nine grandchildren and six great grandchildren. He was also known as a serious sports competitor, John points out.
“Although bowling was his favorite, in his younger years he held local NYC records in boxing, bowling, pool, basketball, and was even New York State ping pong champ at age 16,” John said. “He was loved and widely known in the chocolate industry.”
A funeral mass will be held on July 21 at 9:45 a.m. at Our Lady of Lourdes Roman Catholic Church in Farmingdale, N.Y. Memorial donations can be made to the Boys Club of New York.
KEYWORDS: chocolate moulding chocolate processing machines Micelli Chocolate Mold Co. obituary