The long-awaited final rule by the Food and Drug Administration (FDA) on gluten-free labeling was published in the Federal Register on Aug. 5. This voluntary rule became effective on Sept. 4, with the compliance date set for Aug. 5, 2014. The new regulation applies to foods and dietary supplements. It does not apply to foods regulated by the U.S. Department of Agriculture (USDA), such as meats, poultry and certain egg products; alcoholic beverages regulated by the Alcohol and Tobacco Tax and Trade Bureau (TTB), such as distilled spirits, wine containing 7% or more alcohol by volume and malted beverages made with both malted barley and hops; cosmetics; prescription and nonprescription medications; and pet foods.

Grains such as oats, millet, rice, sorghum, teff and buckwheat can be used in foods labeled gluten-free. But any unavoidable presence of gluten in grains, packaged foods and supplements due to cross-contact with gluten-containing grains must be less than 20 ppm. This equates to less than 2 mg. of gluten in 100 g. of the final product. Ideally, the goal for the product should be to not contain any gluten or to contain the least amount possible that is less than 20 ppm.

When any one of the following four terms are used on a label, the product must comply with the FDA gluten-free regulations:

Terms such as “not made with gluten-containing ingredients” or “made with no gluten-containing ingredients” can be used on a product, but are not required to comply with the gluten-free rule unless they also include a gluten-free claim. Unfortunately, this will be very confusing for consumers and health professionals who work with these consumers.

It’s interesting to note that in the questions-and-answers section of the gluten-free labeling final rule it states: “FDA does have data indicating that U.S. consumers are very familiar with and favor the use of the term ‘gluten-free’ over other wording to communicate to them that a food is free of gluten.” So my advice to manufacturers is to use the term “gluten-free” on the package label, on their website and on other marketing materials and to avoid using other terms.

In addition to the terms used to convey the gluten-free status of a product, several other labeling issues need to be clarified:

The gluten-free regulations do not apply to voluntary allergen advisory statements, such as “made in a facility that also processes wheat” or “may contain traces of wheat.” However, when these types of voluntary statements are found on a product that is also labeled “gluten-free,” they

must comply with the gluten-free labeling rule. 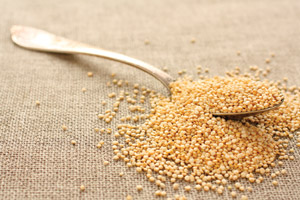 If an ingredient in an FDA-regulated food contains protein from one of the top eight allergens, including wheat, it must be declared in the list of ingredients or in the “contains” statement at the end of the ingredient list. It’s possible to see the word “wheat” in the ingredient list or a “contains” statement in a food labeled “gluten-free,” due to the presence of an ingredient such as wheat starch in a product. As a result, the word “wheat” must be followed by an asterisk with the statement, “The wheat has been processed to allow this food to meet the Food and Drug Administration requirements for gluten-free foods.”

There are various gluten-free certification programs in the marketplace. Manufacturers can apply to be certified by a program that includes licensure to use a specific logo on the product label. The FDA allows the use of these logos on a product, provided it is truthful and not misleading, but that it “does not endorse, accredit or recommend any particular third-party gluten-free certification program.”

Also, manufacturers can declare on their label that the product contains less than 5 or 10 ppm gluten, which is lower than the FDA’s final gluten-free rule’s requirement of less than 20 ppm. But the manufacturer must ensure that the product is, in fact, under the declared gluten threshold level stated on the label.


The FDA doesn’t require mandatory gluten testing of ingredients and final products, nor does it stipulate which gluten testing methods are required. However, manufacturers must ensure that foods labeled gluten-free meet the requirements of the final rule, including the less than 20 ppm gluten threshold. This is only possible if excellent quality control processes are in place. The FDA did indicate some tools that manufacturers can use:

For more information about the FDA gluten-free rule, as well as gluten testing and other helpful resources, visit www.fda.gov, www.celiaccentral.org/fda, www.glutenfreedietitian.com/newsletter and www.glutenfreewatchdog.org.

Shelley Case, RD, is a registered dietitian and leading international expert on celiac disease and the gluten-free diet. Case is also a member of the Medical Advisory Boards of the Celiac Disease Foundation, Gluten Intolerance Group and Canadian Celiac Association and the Scientific Advisory Board of the Grain Foods Foundation. She also has a national best-selling book, Gluten-Free Diet: A Comprehensive Resource Guide. She is updating the book this year. Visit www.glutenfreediet.ca for more information.

Shelley Case, RD, is a registered dietitian and leading international expert on celiac disease and the gluten-free diet. Case also is a member of the Medical Advisory Boards of the Celiac Disease Foundation, Gluten Intolerance Group and Canadian Celiac Association and the Scientific Advisory Board of the Grain Foods Foundation. She also has a national best selling book, Gluten-Free Diet: A Comprehensive Resource Guide. Visit www.glutenfreediet.ca for more information.
You must login or register in order to post a comment.

The pastry category, including products like Danishes, cinnamon rolls, doughnuts, and more, continues to see strong pockets of growth, with the category overall growing nearly 5% according to IRI, Chicago and Snack Food & Wholesale Bakery 2022 State of the Industry coverage. In this webinar, Chef Emily McPhee will look at current trends in the category, including opportunities for growth.