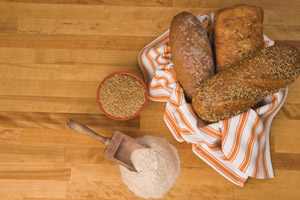 Last year, I provided you with a snapshot of the Grain Foods Foundation’s efforts to share positive messages about the health benefits of bread and grains to the media through our rapid response program. As we kick off the new year, I am happy to share the tremendous progress we’ve made in this area during the past few months.

It’s discouraging to acknowledge that the health of Americans has been on a significant decline in the last decade and an already booming weight loss industry thrives because of it. More often than not, carbohydrates, particularly grains, are vilified and misrepresented in these diets “du jour.” At a time when one fad diet after another is released, it’s crucial that we maintain a strong voice for our industry, reinforcing the facts about grains to influencers and consumers alike. This is the purpose of our rapid response program.

Since September, the Grain Foods Foundation (GFF) has issued some two-dozen letters to top-tier media outlets, including The Chicago Tribune, MacLean’s, Glamour, and Fox and Friends. Most of the letters educate reporters on a variety of topics. Yet one of the most significant issues we faced this fall was the anti-grains rhetoric from cardiologist Dr. William Davis in his fad diet book, Wheat Belly: Lose the Wheat, Lose the Weight, and Find Your Path Back to Health.
In it, Davis asserts that wheat consumption is solely responsible for Americans’ health ills, and that cutting wheat from our diets is the cure-all solution to conditions such as obesity, diabetes, celiac disease and rheumatoid arthritis. Through both traditional and social media channels, we have been working closely with our scientific advisory board to point out that this book is just another low-carb diet book with a catchy title (it restricts grains, potatoes and most fruits and vegetables) while highlighting the sound science supporting the important role wheat plays in a healthful diet.

Another ongoing issue for GFF has been the spreading of misinformation by physician and talk show host, Dr. Mehemet Oz. Known for his extreme positions on carbohydrates. Dr. Oz has discouraged consumption of bread and grains during multiple show segments throughout the years. During that time, GFF has sent the host and show producers numerous letters correcting this misinformation.

As a result of our ongoing response efforts, including a video rebuttal on YouTube, Dr. Glenn Gaesser, chairman of our scientific advisory board, was invited to appear on a recent segment of The Dr. Oz Show. The segment aired on November 28, and in a point-by-point discussion, Dr. Gaesser challenged the host on topics ranging from eating right to the best indicator of good health. As professor and director of the Healthy Lifestyles Research Center and the Exercise and Wellness Program at Arizona State University, Dr. Gaesser highlighted the large body of scientific evidence supporting carbohydrates’ role in maintaining a healthy weight. In fact, he shared data from peer-reviewed journals indicating an inverse relationship between carbohydrate intake and weight.

The Dr. Oz show reaches approximately 4.35 million viewers across the country each day. He is one of the most powerful influencers in the media and we couldn’t be more pleased with how well Dr. Gaesser held his own and so clearly represented GFF’s messages on the show.

While we are thrilled about this media success, there is still work to be done. Although these are only two examples of our efforts, they demonstrate the need for constant vigilance, which is the cornerstone of our rapid response program. Furthermore, these situations show that influencer engagement often isn’t a matter of instant gratification. Only with consistent interaction were we able to develop a connection with Dr. Oz and establish GFF and Dr. Gaesser’s position as a credible resource in the minds of the show producers. We look forward to future opportunities for growing the industry’s reputation, and most of all, keeping the facts straight in today’s overwhelming media environment.