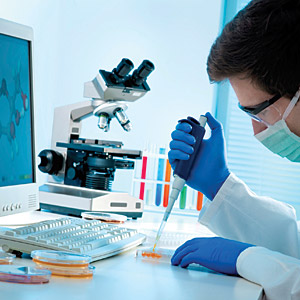 Keeping food safe is a battle—a fight against nature—as pathogens, toxins and allergens are naturally occurring. Susceptible populations are increasing. This reality puts the food industry in a challenging position. It requires that dedicated individuals who understand the risks and controls work independently and collectively to protect consumers from natural dangers.

Food-safety hazards are intrinsic in raw agricultural products. Pathogens are readily found in soil and animals. In some instances, the animal itself is the food, such as with meat, poultry and seafood. In other cases, animals are the source of the foods, such as with eggs and milk. A majority of foods—grains, fruits, vegetables, nuts and spices—are grown in environments exposed to animals.

Mycotoxins—byproducts of molds—are another natural food-safety hazard that affects grains, fruits, nuts and spices. Changes in weather patterns, such as droughts, are increasing the prevalence of mycotoxins, which can cause both acute and chronic health effects.

Food-safety hazards affect nearly every food product at the raw-material stage. The ultimate food-processing goal is eliminating these hazards in a way that doesn’t compromise the quality of the food product delivered to consumers. Think of it this way: Every ingredient can easily and naturally start off contaminated, but very few contaminants get through the rigorous control measures of the food-manufacturing process. However, if even one step fails, consumers are at risk.

Not only is food safety hard work, it’s getting even harder. Additional challenges are coming, due to changes to microbes and consumers.

Pathogens, which are everywhere in the environment and inherent in many raw materials, are becoming more virulent. It now takes a lower dose of pathogen exposure to cause illness. And when illness occurs, it’s more severe and often has nonreversible results. For example, toxin-producing Escherichia coli (E. coli) can cause lifelong illnesses, such as kidney failure.

Pathogens are also more tolerant than ever to cold, acidic and low-moisture environments that were previously viewed as too harsh for growth or survival. Listeria monocytogenes has been found to grow at temperatures as low as 33 deg. F when it was previously established that temperatures below 40 deg. F significantly impeded pathogen growth.

In addition, while growth of Salmonella requires a water activity of 0.93 or above, it can survive at very low moistures.

The collective immunity of the public also has changed over recent decades. Lifestyles have changed, and children are not playing outdoors as much as in the past. This reduced exposure to microbes has weakened our immune systems. Additionally, medical advancements mean a larger percentage of our population has weakened immune systems. There is also a growing prevalence of food allergies.

Consumer demands are changing the way food is processed and prepared. Technologies that increase shelf life don’t always eliminate pathogens. Spoilage organisms that previously “warned” of unsafe food are not always present. Less food preparation in the home means longer time between preparation (kill steps) in the food plant and consumption, which increases the chances for recontamination.

Consumers also are demanding seasonal produce all year, so food is traveling greater distances with more opportunities for pathogen growth. As a result, organisms that don’t cause harm to native populations are being introduced to new communities.

Our reliance on foreign suppliers for produce and other food products has increased dramatically in the last decade. This benefits the availability of a variety of foods at competitive prices, but it also carries risks, as foreign manufacturers may not have the best practices that we enjoy.

In addition to the challenge of pathogen and consumer changes, there are numerous difficulties conveying the importance of food safety to the food-industry workforce. High employee turnover creates an ever-changing staff that requires constant training. Food-plant training programs face challenges as well.

In a nutshell, the pathogens we are fighting have grown stronger, while consumers’ health has become weaker. This requires more diligence than ever in food-safety program development and execution, employee and consumer education and a food-safety culture all aligned and continuously reinforced to ensure the desired outcome for everyone involved in delivery of safe food to the marketplace.

Jim Munyon is president and CEO of AIB International, Manhattan, Kan. AIB International is a research and training facility for the baking industry and a leading audit and inspection service for food processors throughout North America and around the world. Before Munyon joined AIB, he was president of the J.R. Simplot Co., and vice president and general manager at Nestleâs former Carnation division.

Food safety: A work in progress

Organic Production and Food Quality: A Down to Earth Analysis