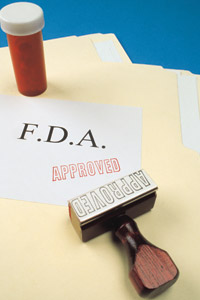 There has been much anticipation about the Food Safety Modernization Act (FSMA) regulations unfolding since January 2011, and we will likely be waiting until after the presidential election before key rules are revealed and the industry has an opportunity to review and comment on these elements.

However, based on the legislative wording, we can anticipate several significant changes to the current regulatory requirements and begin the long process of preparing for and complying with them.

One of the major changes will undeniably be Food Safety System Validation. Historically, validation has focused on kill steps for microbiologically-sensitive products, but now it has expanded to include plant programs.

Likewise, processing of low-moisture foods is no longer exempt from validation requirements. Validation of prerequisite programs and process steps must include scientific evidence that the controls used will directly result in safe product and/or a safe processing environment.

Verification and validation are independent activities used together to ensure that a food-safety system meets requirements and specifications and fulfills its intended purpose. Verification determines whether the written procedures are followed and if the procedures are appropriate and accomplish the desired results.

Verification includes the methods, procedures, tests and evaluations used to determine whether a company is complying with established procedures. Another component is a review of the records completed as the evaluations are carried out. This determines if frequencies and results are in compliance with the program and if corrective action must be taken for results that fall outside acceptable limits.

Separately, validation requires a science-based evaluation to demonstrate that the inputs to each activity will yield the desired goal. For example, a sanitation program validation must demonstrate that the methods, chemicals, tools and temperatures being used will eliminate the soil (allergens, microbes, etc.) on given surfaces. There are many factors that make this validation unique to each operation or even unique to specific pieces of equipment. For example, water hardness will influence the efficacy of chemicals. Rough surfaces, such as poorly executed welds or temporary repairs, may harbor soils and require more agitation or different tools.

Science-based evidence of effectiveness is the key to a successful validation program. You must show evidence that your programs provide known, controlled inputs that will result in desirable, predictable outputs. Many operations simply rely on past history and a lack of illnesses attributed to their products as validation of their programs. While past performance is often a good indicator of future results, it’s too limited to be the sole component of validation.

Past performance may be a piece of the evidence, but you can’t base an entire validation program on it. You should also include best practices, expert input, scientific research, etc. A true validation program must seek the answer to this question: Where is the scientific evidence that the combination of our inputs (hazards and controls) will result in safe product?

External resources to consider include suppliers (equipment, ingredients and chemicals), scientific literature, universities and industry associations. Equipment suppliers can provide information about preventive maintenance requirements, calibration and equipment capabilities. For example, a metal detector manufacturer can help establish the capabilities of a unit to determine which test pieces should be used to test and/or calibrate the unit. Ingredient suppliers can provide refrigeration requirements for micro-sensitive ingredients, the presence of allergens, etc.

In 1993, Jack in the Box, a San Diego-based hamburger chain, suffered a major corporate crisis involving E. coli O157:H7 bacteria. At the time, the U.S. Food and Drug Administration (FDA) required that hamburgers be cooked to an internal temperature of 140 deg. F (60 deg. C), which was the temperature at which Jack in the Box cooked its products. But later, it was revealed that an internal temperature of at least 155 deg. F (68 deg. C) was necessary to kill this particular strain of E. coli bacteria—relatively new information at the time.

After the incident, Jack in the Box mandated that its hamburgers be cooked to at least 155 deg. F (68 deg. C) at all its locations. An effective validation program would have been able to provide scientific evidence that the previous temperature requirement of 140 deg. F was insufficient to kill E.coli O157:H7 in the company’s product. The lesson learned here is that validation data must be kept current because science changes over time.

When validation results show a lack of an effective or scientifically-based program, a root cause analysis must be completed to determine how the program must be modified. Once the concept of verification and validation is understood, implemented and yields favorable results, plant management can be confident that the established programs are being carried out and meeting the desired objectives of preventive food safety and due diligence. And these documented activities will be used to confidently respond to the regulatory and industry challenge to “prove it.” SF&WB

Jim Munyon is president and CEO of AIB International, a Manhattan, Kan., research and training facility for the baking industry and a leading audit and inspection service to the food industry, both in North American and internationally.

Jim Munyon is president and CEO of AIB International, Manhattan, Kan. AIB International is a research and training facility for the baking industry and a leading audit and inspection service for food processors throughout North America and around the world. Before Munyon joined AIB, he was president of the J.R. Simplot Co., and vice president and general manager at Nestleâs former Carnation division.

The NEW Launch Plan: 152 Tips, Tactics and Trends from the Most Memorable New Products