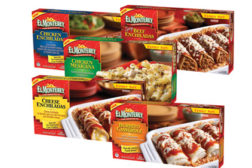 Don Julio’s new state-of-the-art production line boosts its capacity to help the Utah-based company diversify and enter new markets.
Dan Malovany
No Comments
Nate Fisher pretty much made up his mind two years ago that Don Julio Foods was going to move out of its 35,000-sq.-ft. facility in Clearfield, Utah. During the previous years, the tortilla producer’s retail sales had been climbing at about 25% annually while the smaller base of foodservice volume had soared 50% a year as the company expanded throughout the Intermountain region, which includes Utah, Idaho, Wyoming, Montana, Nevada, parts of Arizona, Colorado and New Mexico.
Read More

Dan Malovany
No Comments
The management team and most of the employees at Rocky Mountain Pies have returned to their old bakery, which had been closed, to make it their home once again.

Dan Malovany
No Comments
Rocky Mountain Pies has mapped out a strategy to conquer the competitive pie category. The goal is not to climb to the top, but to partner with customers and be the best at what it does.