Finally, people are starting to understand that candy is so much more than just its good looks — it’s also super smart.

Between the scientific studies, the anatomy lessons and the fine dining creations, people seem to finally be realizing that it’s just as fun to be an adult in a candy store. 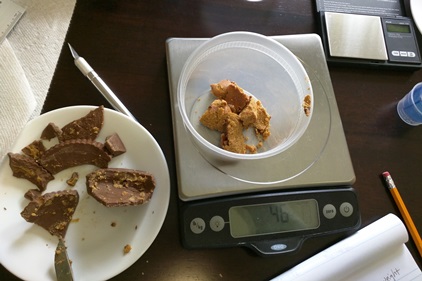 Now, I know what you’re thinking. You’re thinking, “The miniature size has and always will have the exact perfect amount of peanut butter and chocolate.” Don’t worry. I completely agree with you.

But just for fun, let’s take a look at the results, which were posted in-deth on Imgur. You know, just so you can be a more educated consumer and stuff.

Here’s a list of the different candies ranked from most peanut butter to least, with the percentage of peanut butter next to each type. 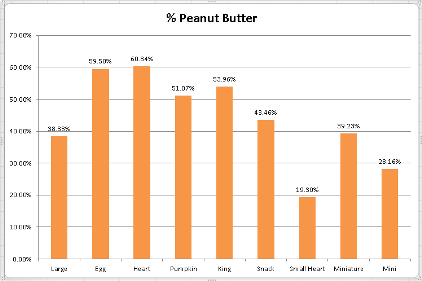 All this data collection isn’t the only thing candy is being used for these days in the world of science though.

A college student has created the insides of the human body out of candy. That’s right, biology class just got a whole lot sweeter. And, as Buzzfeed reports, the “pictures will make you want to be a cannibal.”

Glasgow University medical student Mike McCormick is the artist behind the project, and he posts images of all of his diagrams on his Instagram, Candy Anatomy.

There’s the skeleton of the human hand made of gummies.

The diagram of the stomach, that he so aptly named the, “Jelly Belly.”

The human brain formed with little candy bananas. You know, because it’s obviously a diagram of someone who literally “went bananas.”

And we can’t forget the best eye candy ever made.

The fun doesn’t end there though. There’s also the chef who’s creating gourmet plates of food out of what the rest of the world has tossed aside and called, “ junk food.”

Chef Jacques La Merde doesn’t think any food should be limited by a label, so he’s combined an eye for fine dining plate art, with a taste for sweets and made the most magical gourmet food ever. Like McCormick, Chef La Merde also displays all of his works of art on his Instagram page, chefjacqueslamerde.

As well as his plate featuring dinosaur-shaped gummies.

So there you have it, candy is finally getting the recognition is has deserved for so long, as people everywhere see it as so much than just an impulse buy or a midnight snack.