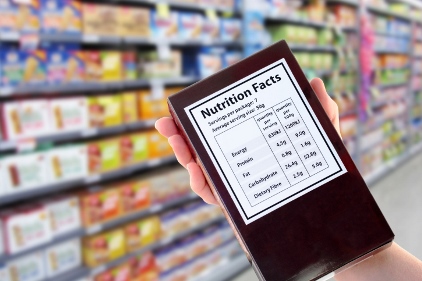 Back in the day, when I was but a young college student gaining what is infamously known as the “The Freshman 15,” as in “15 additional lbs.,” I had a revelation about calories.

First, I should tell you, that for me, it was more like “The Freshman 27,” but whatever.

You see, it was the first time in my life that I had so much access to so much food. In the caf (as we used to call it) there was food as far as the student could see, and just a swipe of the ID card could get you anything from a fresh-made omelet to a chocolate-caramel-strawberry sundae with sprinkles on top.

Then one day I woke up and my jeans didn’t fit. And I was like “Crap, why didn’t anyone tell me how many calories were in all these foods?”

And that’s when I came up with my brilliant idea — food costs should be based on calories.

So, for example, if water was calorie-free, it should cost $0. And then, on the other side of the spectrum, a chocolate-caramel-strawberry sundae with sprinkles on top should cost like $28.

Then we’d all know how much damage — both financially and nutritionally — we were really doing every time we bought something to eat. Our brains like simple, correlations like that.

Of course, that whole line of thinking is about as realistic as my other college freshman idea — taking 8 a.m. classes so I could have the rest of the day to get things done.

Lucky for us, there are some realistic ways to make it easier for us to understand nutrition. And right now, the U.S. Food and Drug Administration is working especially hard to help everyone understand.

The agency is proposing changes to the way nutrition labels are designed in an effort to help consumers better grasp what exactly they are eating. For example, they’re planning to make the “calories” section more prominent, and to require companies to declare “added sugars.”

Look, I know that anytime the FDA gets involved in anything, candy companies get nervous, which I totally understand.

But as a consumer, I have to say that I’m totally in favor of these changes. Nutrition is complicated, and trying to eat healthy is hard enough without having to translate nutrition labels that aren’t quite as clear as they could be.

A huge part of why I’m so in favor of these changes is that I’m also completely against banning any food.

And that stance also means that I’m in favor of giving consumers as much information as possible so that they can make the best choices for them without having the government come in and ban so-called “bad” foods outright.

So, for some people, eating a candy bar with 800 calories per bar might be well within their daily limit (I’m looking at you, swimmers), while for others, (everyone else) that’s probably not the case. And so, it should be clearly stated that there’s 800 calories per bar (i.e. what a normal person normally eats when they buy a candy bar) as opposed to 100 calories per serving — which the company decided was one-eighth of the bar.

And as for added sugars and a more prominent display of the “calories” listing, again, it just comes back to giving consumers information.

These are the changes the food industry should be excited about — because the alternative is banning ingredients, carding for candy, and a sugar prohibition.

Lots of information and easy access is always better than tight lips and fear-induced laws that ban foods outright.