‘Oh! Clean and clear labels, oh my!’: Have Hershey’s and Nestlé’s commitments made them inevitable?

As major candy makers commit to cleaner labels, they set the path for the rest of the industry. 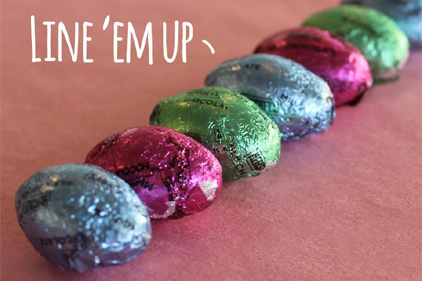 It didn’t’ take long for Dorothy to realize that she wasn’t in Kansas when she landed in Oz. And the recent news from Nestlé USA and Hershey about their decisions to use natural and simpler ingredients certainly gave notice to many confectioners that the landscape has also changed for them.

Guess what, as with the mighty Wizard, it looks like it’s time to pull the curtain back and be transparent.

OK, just to recap if this news passed you by: Nestlé USA announced last month it will remove all artificial colors and flavors from its confectionery products by the end of 2015. In what seemed just like days after that announcement, Hershey said it was committing to simple, easy-to-understand ingredients.

In other words, the U.S.’s largest manufacturer of chocolate was going to source milk from local farms, use roasted California almonds, cocoa beans and sugar. To put it another way:  Hershey was going to stop using GMO sugar, milk from cows that had been treated with bovine growth hormones, artificial colors and flavors, gluten and high fructose corn syrup.

Give Nestlé credit for being the first on the block to make such an announcement and setting a deadline. Products are scheduled to hit the shelves in mid-2015. And, as Caryn Olson, divisional vice president, confections category and shopper development for Nestlé USA, told me in the elevator while we were heading down for a cocktail reception at the NCA’s State of the Industry Conference in Miami Beach, that was no easy task.

We’re talking 75 recipes. As Leslie Mohr, nutrition, health and wellness manager, Nestlé Confections & Snacks, said in the company press release, “…maintaining the great taste and appearance consumers expect from the chocolate brands they know and love is our number one priority. We conducted consumer testing to ensure the new recipe delivers on our high standards for taste and appearance."

Interestingly, an analyst commentary from Datamonitor Consumer suggested the move could be risky, akin to Dorothy running into “…lions, tigers and bears, oh my!” on her way to see the Wizard of Oz.

As Melanie Felgate, consumer insights analyst for Datamonitor Consumer writes, “Much of the appeal of candy bars is the novelty and indulgence factor. Natural ingredients may be a ‘nice to have’ attribute, but consumers primarily look for sensory appeal.

"Many associate natural as being more nutritious, but that is less of a priority when indulging in a chocolate bar as a treat. Success for Nestlé will be heavily reliant on there being no discernible difference in the taste or ‘indulgent factor’ of the product. Natural alone will not be enough to keep existing consumers happy,” Melanie explains.

She has a point. Consumers don’t like to be surprised when it comes to their favorite products. Remember New Coke? But, at the same time, clear and clean labeling is the “yellow brick road” that awaits all.

Keep in mind this is someone who views GMO ingredients as being totally safe, and believes that not all artificial ingredients or colors are necessarily bad. Nor do I think that eating non-organic products is harmful. Nonetheless, I give credit to Nestlé and Hershey for having the courage and the brains — yes, that’s yet another Wizard of Oz reference — to step forward.

As a Datamonitor Consumer survey reveals, 38 percent of American consumers try to choose natural food and drink products “all” or “most of the time.”  Of course, the survey also says that 46 percent agreed “flavor” was number one.

I think that’s kind of a no-brainer. But who says you can’t have simple, clean and clear ingredient statements and not taste good? For all you candy technologists and flavor and color houses, this means plenty of job security for you.

Moreover, I’m sure that Mars and other major confectionery giants are looking at making this move in the near future.

Nonetheless, it’s a costly commitment. And no doubt there are many confectionery executives looking to see how this will all pan out for the two majors. I don’t doubt there will be some hiccups, er, adventures along the way. But I also know, that’s the only way the scarecrow, the tin man and the lion acquired brains, heart and courage.