During and since the two-week government shutdown, there has been a lot of analysis from across the political spectrum. The analysis includes a lot of finger pointing and blame assessment. At the end of the day, it was the abdication of leadership by all parties and no coherent strategy for how to end the stalemate that lengthen the shutdown.

In no way to diminish the impact on hundreds of thousands of federal aid recipients, contractors and employees, the impact to the rest of the country, however, has been minimal. This begs the question of whether it accomplished anything other than a lot of anguish and resetting of the budget clock, á la the survivors on the TV cult classic Lost.

Even with a two-week hiatus, the wheels of the federal bureaucracy still grind along. Since the shutdown ended, federal regulatory agencies have cranked up their rule-making apparatus. This is on top of the substantial number of proposed regulations already in process.

Several new draft regulations that could have a significant impact on bakers have been released. The Food and Drug Administration (FDA) is working through its long list of required new food-safety regulations by unveiling new regulations for petfood manufacturers, for whom some bakers provide product.

It also released a long-anticipated draft regulation to virtually eliminate trans-fat in food. As the industry saw in the previous go-around on trans-fat, there are enormous direct and unintended consequences of even the most well-intentioned regulations. It took an 11th-hour, all-out push by the American Bakers Association (ABA) to garner a six-month extension the last time the FDA moved to label trans-fat, and thus avoid more than $100 million in wasted packaging costs. At least the current proposal recognizes that any changes will take time to implement.

The Occupational Safety and Health Administration (OSHA) just proposed to publicly release all allegations of safety violations, regardless of merit or severity. Despite claims that this is all about the right to know, it’s really about providing trial lawyers with more material without having to go through discovery proceedings. The impact it could have on actually identifying and preventing safety hazards could be chilling.

While there are a few, incremental signs of potential mitigation of the impact of the Affordable Care Act, such as the announcement by the Internal Revenue Service (IRS) that companies can now allow employees to carry over some unused Flexible Spending Account (FSA) funds into the next year, the news is mostly depressing at worse or confusing at best. 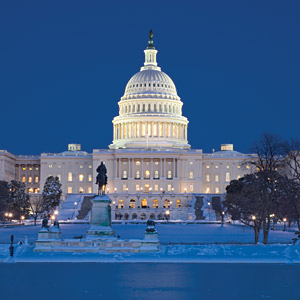 Congressional leaders and the president may have to reset the budget clock, but for federal regulators, the clock never stopped ticking.

The opinions expressed in this article do not necessarily reflect the views of Snack Food & Wholesale Bakery.

Robb MacKie is the president and CEO of the American Bakers Association (ABA) and a chief advocate and spokesperson for the $102-billion wholesale baking industry. A recognized leader in the Washington business community, MacKie serves as a board member of the Business Industry Political Action Committee (BIPAC) and is a member of the Chamber of Commerce’s Committee of 100. He also participates on the Kansas State University’s Grain Science Advisory Committee.

Washington: The good and the bad

The NEW Launch Plan: 152 Tips, Tactics and Trends from the Most Memorable New Products

Building a Regulatory Strategy for Marketing Food Supplements in Europe: The key steps to a successful product launch

Food Plant of the Future: Anticipating the Next Generation