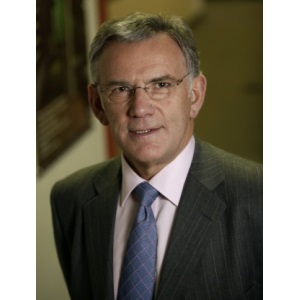 As president, Dennis will work with food scientists, technologists and professionals from related disciplines in academia, industry and government to support IFT's new strategic priorities, which include focusing on advancing and promoting careers in the science of food; establishing productive and interactive global networks; promoting science, technology and their application; and advocacy efforts contributing to evidence-based science to the public dialogue on food issues.

“It is a great honor to serve as the next president of the Institute of Food Technologists, especially given the important public dialogue involving how we will feed billions of people in the decades ahead,” says Dennis. “As we address this challenge, it will be imperative that we continue to emphasize the importance of science and innovation so they are universally accepted as essential to a safe, nutritious and sustainable food supply worldwide.”

Dr. Dennis’ career in food science and technology started in 1970, when he was appointed as the first mycologist in the United Kingdom government’s Institute of Food Research. Subsequently, he was appointed as the first director of food technology at Campden Food & Drink Research Association. During his seven years leading the division, he initiated several new research activities in chilled foods, aseptic packaging and hygienic design. These leadership and management experiences led to Dennis’ appointment as director-general of the organization (now Campden BRI), a position he held for 21 years.

In addition, Dennis has served on government and industry advisory committees in numerous countries and on the Selection Panel for the World Food Prize, and has volunteered in many capacities in the food science and technology community.

John Coupland, Ph.D., CFS, professor of food science at Pennsylvania State University, has been selected IFT president-elect and will succeed Dennis as 2016-2017 president.