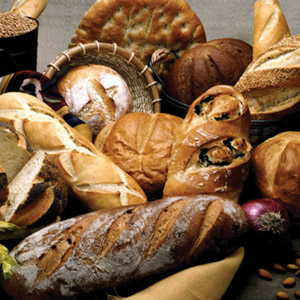 Whole grains have become a household word, and the 2010 Dietary Guidelines for Americans recommend that half of our grain consumption be from whole grains. While most Americans’ whole-grain consumption is most likely not at the recommended level, NPD Group reports that consumption rose 20% from 2005 to 2008, after remaining steady from 1998 to 2005. The International Food Information Council’s (IFIC) 2013 Consumer Food and Health Survey showed 78% percent of Americans have tried to increase their consumption of whole grains for more than a year.

Considering that whole-grain products are more difficult to manufacture, the industry has done a commendable job of providing more whole grains on grocery shelves quickly. According to the Mintel Global New Products Database, 3,378 whole-grain products were introduced in 2010, compared with 164 new products in 2000. The Whole Grain Stamp from the Whole Grains Council (WGC) is now on more than 8,600 different products in 41 countries.

There’s some disagreement about whether whole grains products or fiber provide consumers with their bestowed nutritional benefits. However, there are numerous studies showing that whole grains provide benefits beyond that of fiber alone.

Einkorn was domesticated about 10,000-12,000 years ago. It has a profile similar to today’s wheat, but has about 20% more protein and higher levels of phosphorus, potassium, iron and magnesium. It also has more lutein, which gives bread and pasta a yellowish color and is associated with eye health.

Emmer was domesticated about the same time as einkorn, but there isn’t as much research showing its nutrient profile.

Spelt is called different names, depending on the country in which it’s grown. It’s “spelt” in the U.S., “dinkel” in Germany and “farro” in Italy. It’s widely available in the U.S. and often promoted as being gluten-free, but it’s not. It is slightly higher in protein and several minerals than modern wheat.

Lastly, there is Kamut, which is nicknamed “King Tut’s wheat.” It’s registered by a family in Montana, but was originally cultivated in the Fertile Crescent in the Middle East. Appropriately, kamut is an Egyptian word meaning “wheat,” but it’s slightly higher in protein than modern wheat.

Other ancient grains are millet, sorghum and teff.  There are four major types of millet, and all are gluten-free and blend well with other grains. In the U.S., millet is now found in breads, breakfast cereals, cookies, crackers and side dishes.

Sorghum, which is gluten-free, is an important crop worldwide and is commonly known as milo in the U.S. It has a mild flavor and is reasonably priced—two traits that makes it in demand for both whole-grain and gluten-free products.

Teff’s claim to fame is injera and it's also found in numerous products: tortillas, breads, crackers and pizza as well as gluten-free products.

There are several “pseudo-grains” commonly confused with authentic grains. The most popular are amaranth, quinoa, buckwheat and wild rice.

Amaranth has been grown for thousands of years in South America. It contains high-quality protein and high levels of several vitamins and minerals. Because amaranth is gluten-free, it can be combined with gluten-containing flours for baked goods.

Quinoa (KEEN-wa) is an ancient staple of the Incan empire and also contains high levels of protein, potassium, folate and vitamin E. Quinoa is also gluten-free. Previously a hard-to-find specialty product, it can now be purchased at mainstream outlets.

Buckwheat is often confused with wheat, but actually comes from the same family as rhubarb. It’s best known for its use in pancakes and soba noodles. It’s also high in protein and several minerals.

Given growing consumer interest in whole-grain and ancient-grain products, bakers may find these timeless grains the key to tomorrow’s sales.

Using ancient, sprouted and other grains in snacks and baked goods