Nearly 15 years ago, a definition for whole grains was developed, based on scientific information from the American Association of Cereal Chemists (now AACC International). The definition was adopted and issued by the Food and Drug Administration (FDA) in 2006. As depicted in the “Whole Grain Story” infographic on the Grain Foods Foundation’s (GFF) website, whole grains have become a hot topic. 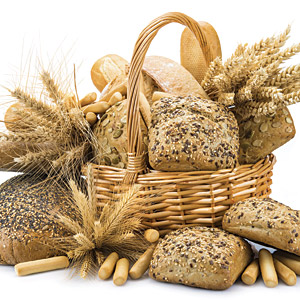 Despite these strides and the ripe chance to promote the whole-grains food group to consumers, there still isn’t a conclusive definition of “whole-grain foods,” an issue holding back consumers, researchers, health professionals and companies alike.

According to a national survey by the American Dietetic Association (ADA), 90% of Americans believe that whole-grain products are healthier than “regular” products, and many cite whole grain as a favorite ingredient for weight management. Sixty-seven percent of Americans also cite whole grains as a consideration that drives their food purchases, prompting food companies to launch thousands of whole-grain products each year. In 2010, there were nearly 20 times as many new whole-grain product launches than in 2000. Today, nearly 10,000 products have packaging that calls attention to a whole-grain claim. That said, there’s still quite an opportunity for clearer and more consistent labeling.

According to Mintel, thousands of new product launches are in the whole-grain bakery products and breakfast cereals categories, and breakfast accounts for 56.9% of all whole-grain consumption in the U.S. With some of Americans’ favorite whole-grain foods being popcorn, rolled oats, buckwheat and wild rice, there are numerous opportunities for food manufacturers to provide a full serving of whole grain at every meal and for consumers to meet their daily recommended servings of whole grain.

Despite the myriad benefits of whole grain, the number of whole-grain products on the market and the belief that whole grains are healthy, when compared with dietary recommendations, whole grains are an under-consumed food group. In fact, according to data from the National Health and Nutrition Examination Survey [a part of the Centers for Disease Control and Prevention (CDC)], nearly 95% of the American population isn’t meeting the recommended intake of whole grains, which is just one serving per day. What is causing this disconnect, and how can we close the gap?

Getting the message out

First, we must communicate the many positive messages around whole-grain foods’ benefits to consumers. While Americans understand that whole-grain foods are healthy, many are unclear as to the exact health benefits. For instance, they may not know that the three parts of whole grain—the bran, germ and endosperm—all provide important nutrients, including fiber, antioxidants, magnesium, B vitamins and phytonutrients. They also may be unaware that whole grains may reduce the risks associated with heart disease, stroke, cancer, diabetes and obesity. Health professionals can play a big role in generating awareness about these benefits by customizing the messaging to their patients.

Studies show that the average healthy adult derives the greatest health benefits from consuming approximately three 1-oz. servings of whole grains daily, which is why the Dietary Guidelines for Americans recommends that, as part of a healthy diet, consumers make half their grains whole grains.

To encourage more whole-grain consumption, food companies and organizations can tap into context-specific applications of whole grains in a person’s diet. For example, the GFF partnered with the American Heart Association (AHA) this year to generate awareness about whole-grain foods’ important role in reducing the risk for heart disease. Programs like AHA’s renowned and nationally publicized “Go Red,” through which whole grains are highlighted in a positive light, can provide great opportunities for generating further awareness.

Grocery store shelves are another arena where companies can educate consumers and encourage them to buy whole-grain foods with clearer, more eye-catching and consistent package labels, as well as packaging that better directs consumers to whole-grain products. Unfortunately, this opportunity is complicated by an inconsistent definition of whole-grain foods.

The lack of a clear classification and criteria makes it difficult for the food industry to confidently tout health claims about whole-grain-rich products and for the research community to create consistent studies and findings on the topic. By agreeing upon a consistent definition, all parties will be able to more confidently (and likely successfully) engage consumers about whole-grain foods. However, this will be an extremely difficult and lengthy process, given the unique formulation considerations for each grain product.

Reaching a universal definition would also bolster whole grains’ role in the Dietary Guidelines for Americans Committees’ refreshed recommendations for 2015. The 2010 guidelines called for increased consumption of whole grains, and there’s an opportunity to leverage the 2015 guidelines as another encouraging push for consumers.

In the meantime, the industry should work to develop a consistent definition as it awaits the 2015 Dietary Guidelines. There is much more we can do to generate awareness about the specific benefits whole grains offer. As the latest numbers from Gallup show that the adult obesity rate is on pace to surpass prior years’ rates, it’s even more crucial to create a clear definition of whole-grain foods and maximize the powerful benefits of such foods in a well-balanced diet.