Stirring the ‘pot’: Lots of gray area when it comes to drug-filled candy

As nutraceuticals and marijuana edibles become more popular, industry should lead dialogue on the issues 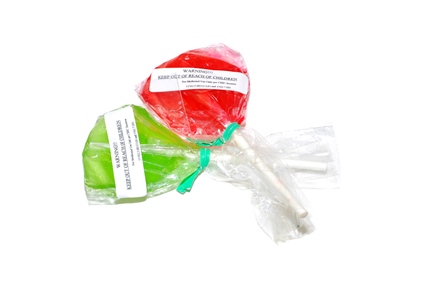 So here are a couple of headlines that caught my eye recently: VA hospital nicknamed ‘Candy Land’ because painkillers given freely; Handing out opiates like candy. In this instance, the articles referred to a Veterans Affairs medical center in Tomah, Wis., and the hospital’s chief of staff, Dr. David Houlihan, sometimes referred to as the “Candy Man.”

Granted, not the first time the word candy has been associated with drugs. Nonetheless, it makes me uneasy, as it does most readers. But look, even Mary Poppins recognized the power of sweet, noting that a spoonful of sugar helps the medicine go down.

But as my esteemed colleague and revered candy maker Patrick Huffman remarked as our guest columnist just before Thanksgiving in our Sweet & Health eNewsletter, he doesn’t think candy should in any way be associated with pharmaceuticals, much less officially banned drug substances — specifically marijuana.

Huffman, who was kind enough to pen a guest column for us, explained why he thought the industry should make a clear distinction between manufacturing treats, i.e.,  candy to be consumed as fun, and in making vitamins that taste and look like candy. Furthermore, he was greatly concerned about those producing confectionery products containing cannabis, be they jelly beans or chocolate.

In sharing his views as a “candy maker,” Huffman did so to bring the topic forward to the industry, which I heartily commend. Naturally, he was also curious about my thoughts, so I promised him that I would respond. And, after some preliminary research, I’m slowly honing my opinion on this.

But as much as I would like to simply say aye or nay, I don’t believe the issue(s) are that black and white. First, let’s tackle cannabis confections. According to the federal government, marijuana is classified as a Schedule I drug, which puts it right alongside heroin and LSD. Nonetheless, during the past decade, the public has taken a much more benign view of the drug.

As we all know, that benign view has evolved into legalization in several states; Colorado and Oregon already permit the use of recreational marijuana while voters in Washington, Alaska and the District of Columbia joined the bandwagon this past November by approving such initiatives. There are 23 states in total that have legalized the drug in some form or another.

A Pew survey taken last year reveals that most Americans view alcohol as being more harmful to one’s health than marijuana, 69 percent versus 15 percent, respectively. This survey, when broken down by demographics, held fast through most groups, with seniors (65 and older) showing the least support for marijuana (50 percent) as being less harmful than alcohol.

And yet, the quickly growing cottage industry of marijuana edibles has demonstrated that the drug can be dangerous given in large doses and consumed instantly. Several deaths in Colorado and instances of sick children underscore the gravity of the situation.  According to TIME, Colorado’s largest pediatric ER treated 14 youngsters who accidently ingested marijuana.

No surprise then, that Colorado’s Dept of Public Health & Environment has set forth proposals that will require “premarket approval” by the agency before any edible can be sold. Moreover, there’s a real fear that marijuana-laced gummies or lollipops will fall into the hands of children, which they already have.

And keep in mind that marijuana edibles account for 45 percent of Colorado’s pot market. So is the answer to ban marijuana-laced confections? Or do state agencies need to better control production and packaging to differentiate these products from bona fide candies? And what about marijuana edibles in those states where it’s dispensed purely for medical reasons?

To be an honest, I’m struggling with this. And I’m not a pothead. There are plenty of other vices I have, mind you, but smoking pot never proved attractive to me, probably because I don’t smoke. Moreover, we’ve had medicated confections, cough drops, for example, as well as alcohol-filled chocolates for time since I remember.

At this point in time, I’d favor strict regulation of all marijuana edibles, perhaps even going as far as banning certain candy-like formats (lollipops, gummi bears, etc.) in states where recreational use is allowed. In those states where medical marijuana is allowed, I’d require dispensaries to follow strict guidelines regarding packaging and processing (labeling and dosage limits) as well as checking identification prior to purchase.

In doing my research, I came across KIVA chocolates, a company that produces chocolates containing marijuana for medical use. I have to say I came away impressed with their commitment to providing patients with an alternative way to consume the drug. From my point of view, it’s a legit way of providing people with relief through a different medium.

And that brings me to nutraceuticals and their place in the confectionery industry. This is where Huffman and I differ, Huffman preferring a more purist pursuit of confections as a business.

On my end, I see the nutraceutical sector as a growth engine for the confectionery industry. I understand my esteemed colleague’s concern regarding gummi vitamins; a child’s treat has been transformed into a supplement.

I also realize that there’s a possibility that confections containing supplements can be consumed like candy and not like the medication they are intended to be. But trust me, everything can be abused in a way it wasn’t intended.

Moreover, if confections can become a carrier for good, delivering vitamins, needed supplements, even certain drugs, how does that become bad? It is certainly a different subset of the industry, one that requires more discussion, and perhaps more safeguards.

Hence, my proposal: I believe that our leading industry organizations, starting with the National Confectioners Association, the Retail Confectioners International, the PMCA and the AACT should discuss ways of organizing a two-day summit reviewing the role of nutraceuticals in the confectionery industry as well as the need for regulation in the edibles marijuana sector, specifically as it applies to confections.

As Huffman remarked in this column, “No matter what I suggest or whatever concerns I have, products that contain cannabis will enter the marketplace.”

They have and will continue to do so.  And that goes for medicated confections as well. Hence, it would be wise to begin an open dialogue amongst all involved, from state regulators to those producing cannabis and medicated confections, to exchange ideas, concerns and issues with those of us in the “traditional” confectionery sector.

One final thought, thanks Pat for opening the discussion.