A lot has happened in the baking and snack industries since Snack Food & Wholesale Bakery published its lists of top U.S. bakers and snack manufacturers a year ago. Acquisitions, mergers, plant openings and closings, anniversary celebrations and other events have kept well-known industry names in the news this year. 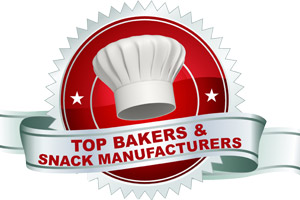 But these companies weren’t the only ones making big news in the baking and snack industry in 2013, although it sometimes seemed like it. Other prominent names contributed this year to the industry’s ever-changing landscape:

• Tyson Mexican Original Inc., a subsidiary of Tyson Foods Inc., Springdale, Ark., and the second-largest tortilla manufacturer in the U.S., acquired the assets of Don Julio Foods, a tortilla and salty snack manufacturer in Clearfield, Utah.

Some bakers and snack manufacturers opted to expand their operations by building new plants, rather than by buying or merging with other companies. Angelic Bakehouse, Waukesha, Wis.; Aunt Millie’s Bakeries, Fort Wayne, Ind.; Oberto Brands, Kent, Wash.; and Mondelez International, Deerfield, Ill., all announced plans to add facilities in the U.S. or abroad.

While some companies were celebrating their longevity in the baking and snack food industries, others were just entering it. Minneapolis-based Green Giant, a General Mills brand known for its canned and frozen vegetables, launched two veggie chips in March. Who knows who or what will venture into the market next year?

All of these occurrences can make it difficult to keep track the industry’s major players, their brands, changes in top management and so on. Snack Food & Wholesale Bakery’s second annual Top Bakers & Snack Manufacturers lists, while not definitive, are intended to give readers a better understanding of their industry.

We’d like to thank those companies that contributed to this report, and hope that those that declined our invitation to participate will get involved next year. With all the changes taking place in the baking and snack industry each year, it’s important for companies to keep their brands and products on customers’ and consumers’ must-have lists.

You can view the entire PDF HERE!

State of the Industry 2016: Desserts get real, healthier and small

A look at consumer trends driving the better-for-you category

In search of tomorrow's bakers