Take your own food-safety initiatives 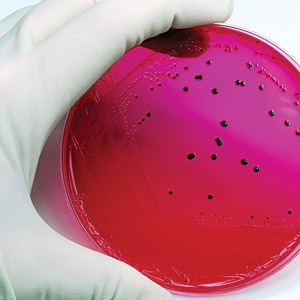 We can’t say enough about taking the time to improve and promote food safety. You can’t decide to live on luck.

Scientific American’s recent article about food safety indicates that in 2010, foodborne illness sickened nearly 20,000 Americans. Of those infected, more than 4,000 had to be hospitalized and 68 died. According to the Food and Drug Administration (FDA), now, there are 48 million foodborne illnesses each year, which lead to 128,000 hospitalizations and 3,000 deaths, at a total estimated cost of more than $78 billion annually.

The predominant culprits are bacteria, specifically Salmonella and Escherichia coli (or E. coli), which can hide in products once considered healthy, according to the article. Cases of Salmonella contamination and infection remain abundant and have for more than 10 years.

Jim Munyon, our Food Safety Factor columnist this month and retiring president of the American Institute of Baking International (AIB), also emphasizes that it’s not enough to recognize that we all need to do more to maintain food safety. “We have to constantly be diligent to protect food,” he says. “The pathogens we are fighting have grown stronger, more virulent and microbes are evolving.”

“We’re in a time of dynamic change in the industry, with so many food-safety changes going on,” agrees Marc Schulman, president of Eli’s Cheesecake Co., Chicago, the focus of our feature stories in this month’s issue.

Schulman’s operation is currently training to improve its food-safety standards. “We have been conducting in-depth food-safety training and conduct several classes each week. We’re revising the standards within our operation to comply with Safe Quality Food (SQF) requirements, which is great. The better we are at our jobs, the better our jobs will be.”

Like Eli’s, many other food product manufacturers are implementing new, updated food-safety practices instead of waiting for the food-safety regulations to be enforced. Why? “It’s worth everything,” says Schulman. “You have to have operational excellence. Food safety is too important. We’re planning for the future, and we’re implementing food defense and SQF. Our quality has always been there, but today, no one can say they won’t evaluate their food-safety procedures. They have to.”

Knowing your suppliers and their processes and practices with regard to food safety is critical. And so are traceability, clean labels and quality ingredients.

While FDA food commissioner Mike Taylor states that national food-safety reform is on its way, can the FDA realistically enforce the laws it hopes to mandate? And can we pay for it? In order to pay for the food-safety measures in its $4.7-billion budget, the FDA has proposed a nearly $500 million increase in new fees to make up the 94% gap in its recently released budget request.

“People also want healthier frozen food options,” points out Gina Bolger, director of marketing for Home Run Inn Pizza, who is featured in our Market Trends article on pizzas and flatbreads this month. “They want to know where the ingredients in the foods they are eating are coming from.”

Implementing food-safety training practices is another imperative, either through the British Retail Consortium, Global Food Safety Initiative, Safe Quality Food Institute, Food Safety Institute, AIB or many others. Successful food companies already have programs in place that look at continual improvements of not only their facilities and production equipment, but also at the science of food safety, explains food safety consultant and Snack Food & Wholesale Bakery food safety columnist, Gale Prince.

A lot of preventive efforts come from studying past recalls, as well as from companies looking at their own products and operations to address improvements in their facilities, ingredients, processes, equipment and people.

Also, remember to look at the physical condition of your plant. If things need improvements to facilitate “a food safety way of life,” make the investment. The costs can be painful up front, but spending some money for the greater good is much better than spending tons of it later to cope with a recall.

How to measure your food safety climate

Read us on your smartphones