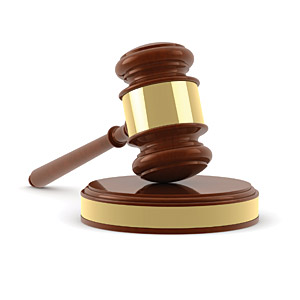 The massive Food Safety Modernization Act (FSMA) affects food companies across the globe. Because of the substantial volume of requirements rolling out, the rule can be difficult to understand, and it’s not an “all or nothing” regulation. In fact, there are 41 sections of the FSMA, 34 of which went into effect when President Obama signed the act on Jan. 4, 2011. The seven remaining sections require rulemaking and won’t be in effect until the rulemaking process is complete.

Some of the sections of the FSMA that immediately went into effect are:

Mandatory recall authority by the Food and Drug Administration (FDA), which has been exercised

Authority to suspend registration, which has been exercised

The seven remaining sections of the FSMA that require rulemaking are:

These sections are the most demanding on the industry, which is why they require rules. The reason many people feel that the FSMA hasn’t been implemented yet is because many of these remaining elements are considered to be at the heart of the act. While these seven sections won’t be enforced until after the final rules are published, it’s wise to begin taking action on the existing 34 sections that have gone into effect. Here are several things that snack food companies and wholesale bakeries can do now to be active and knowledgeable participants in FSMA changes:

Act on the sections of the FSMA that have already gone into effect. Update company policies for working with regulators and train employees who may work directly with FDA representatives.

Watch for reports resulting from the FSMA. They may contain information directly applicable to your operation. The AIB International Knowledge Center (http://aibonline.libguides.com/fsma) and the FDA’s free email update service are great resources for current regulatory information.

Identify a resource for tracking the proposed rules.

After a final rule is published, there is a period in which the industry must come into compliance. Two proposed rules directly applicable to snack food and bakeries already have been released: cGMPs and Hazard Analysis and Risk-Based Preventive Controls and Foreign Supplier Verification.

Consider the following: Is someone at your plant knowledgeable about performing hazard analysis for your product and process? How robust is your recall plan? Are there flaws in your record-keeping practices, such as missing records or falsified information?

Are your foreign suppliers aware of and complying with the FDA requirements?

Work with trade associations to provide feedback on the proposed rules. Identify reasonable exemptions that should be considered as well as requirements that may be onerous or financially burdensome and are not outweighed by food-safety benefits. Although regulations can be difficult to navigate, we should embrace the fundamental essence that no company wants to provide a snack food or bakery product that’s not safe for human consumption.

André Biane is president and CEO of AIB International, Manhattan, Kan. Biane joined AIB in March 2013 and has more than 30 years in multiple executive and consulting roles with small to large companies. Biane is a member of the Business Advisory Committee for Central New Mexico College and the Institute of Food Technology and a certified adviser for the Organization of Entrepreneurial Development.

The benefits of sanitary equipment design