La Brea Bakery recently hit the road on its Breaking Bread Tour, making stops at various community events and grocery store partners, providing attendees with samples of La Brea Bakery breads, culinary creations and special offers. The name for the tour stems from the results of a new survey conducted by La Brea Bakery that found that 92 percent of Americans claim “breaking bread,” or eating a meal with others, provides a great opportunity to catch up with friends and family.

The tour will hit several major cities across the country:

Some of the recipes La Brea Bakery will share include Seedless Raspberry Jam and Almond Butter on a French Baguette; Salami, Sriracha Aioli and Pepper Jack Cheese on Rosemary Olive Oil bread; and Tomato Herb Bruschetta atop a Tuscan Loaf. The recipes will feature ingredients from artisan partners, including cheese from Tillamook Cheese, jams and spreads from Stonewall Kitchen, and nut butters from Justin’s.

In order to dig deeper into the impetus behind this initiative, we reached out to Andrew Blok, brand manager at La Brea Bakery for some freshly baked insight. 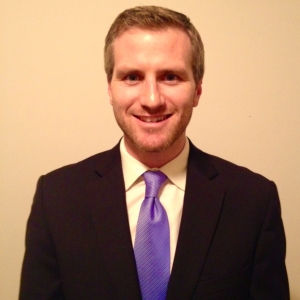 Douglas J. Peckenpaugh: What do you hope to accomplish on your Bread Baking Tour?

Andrew Blok: La Brea Bakery’s Breaking Bread Tour is all about bringing people together over delicious artisan bread and recipes. We recently did a study that revealed more than half of Americans say they “break bread” with close friends and family who are not members of their household less than once a week. We saw this as an opportunity to give our fans and communities a chance to take a break from their busy schedules and enjoy time together at the Breaking Bread Tour stops across the country.

DJP: What does “artisan” mean to La Brea Bakery?

AB: At La Brea Bakery, we’re all about handcrafted breads that are made with the highest-quality ingredients. We’ve been around for more than 25 years, giving our consumers more than 200 different varieties of artisan breads and food items, all of which uphold our standards.

DJP: How did you develop the recipes that you are featuring on the tour?

AB: At La Brea Bakery, we’re committed to delivering high quality, artisan breads, and the Breaking Bread Tour is no exception. Our research and innovation team has been hard at work creating new, innovative recipes, like Seedless Raspberry Jam and Almond Butter on French Baguette, to offer our foodie fans a unique experience when visiting the Breaking Bread truck. We’re also partnering with equally satisfying food partners to bring each city a unique and vibrant taste.

DJP: How will social media factor into the tour?

AB: One of the best aspects of social media is its ability to reach our consumers in new ways on an ongoing basis. As we bring the Breaking Bread Tour to cities across the country, we’re keeping our fans up-to-date on tour stops while also sharing photos from the tour. At each stop, we’re encouraging foodies to share their own experiences using the hashtag #BreakingBread. Consumers can also visit Breaking Bread Tour for more info.

DJP: Do you hope to plan future tours like this?

AB: The idea for an artisan food truck was born when the original La Brea Bakery café was closed for renovation in 2013. We didn’t want our fans to have to go without their favorite artisan breads and food items, so we created a La Brea Bakery food truck to fill that void. Our fans enjoyed the La Brea Bakery food truck so much that we brought it back again in 2014 to celebrate 25 years of perfecting the artisan craft of baking. That kicked off year one of the Breaking Bread Tour, where we traveled from Los Angeles to Chicago, Seattle and Cincinnati. This year, we’re headed to eight cities—Los Angeles, San Francisco, Seattle, Charlotte, Washington D.C., New York, Philadelphia and Boston. Our hope is that we can continue sharing our artisan bread with consumers nationwide for years to come.

State of the Industry 2022: Buns and rolls see continued growth

State of the Industry 2022: Fresh bread category stabilizes with segments of growth