But these days, a chip often isn’t just a chip—it’s a flavor trip, an edible excursion into regional and international flavor profiles embodied in a deceptively simple snack. To wit: The combination of malty beer notes and tangy Cheddar can take chips to bucolic Midwestern destinations like Wisconsin, and various spins on barbecue flavors can send snackers into a languid, southern respite. Further afield, curry, Thai and sriracha sensations bring chips onto exotic voyages east, while the classic blend of chiles and lime takes them on a trip south of the border.

And with a hint of bittersweet licorice, chips hit Italian notes. While licorice has gained an increasingly global following over the past two centuries, it has strong regional ties to southwestern Italy—most notably Calabria, where it’s widely cultivated. Amarelli is renowned for its licorice, and this Italian company has been in the licorice business since the 1700s, producing some of the best licorice in the world, and offers a line of licorice extract powders.

So it makes sense that Italian culinary legend Tony Mantuano—the chef behind Michelin-starred Spiaggia, Bar Toma and other classic Chicago Italian dining destinations—would look to Calabria for the licorice-accented potato chips he has featured on his restaurant menus from time to time—and even at the Chicago-based Lollapalooza music festival’s food court in 2013.

The Idaho-grown designation is instrumental to this chip’s success. “In the high-desert conditions found in Idaho, where we get less than 10–11 inches of moisture during the growing season, we control how much water potatoes get by using moisture from underground irrigation, canals and mountain snow runoffs,” Odiorne explains. This results in a drier, less-waxy potato texture that might be found in yellow-flesh potatoes grown elsewhere, and it makes for a better chip.

Tony Mantuano is chef/partner of Bar Toma, Spiaggia, Café Spiaggia, River Roast and Terzo Piano, all in Chicago. He is also owner of Mangia Trattoria in Kenosha, WI. He received a James Beard Foundation Award for Best Chef Midwest in 2005 and appeared on season two of “Top Chef Masters.”

Established in 1937, the Idaho Potato Commission is a state agency that is responsible for promoting and protecting the famous “Grown in Idaho” seal. For more information, visit www.idahopotato.com. 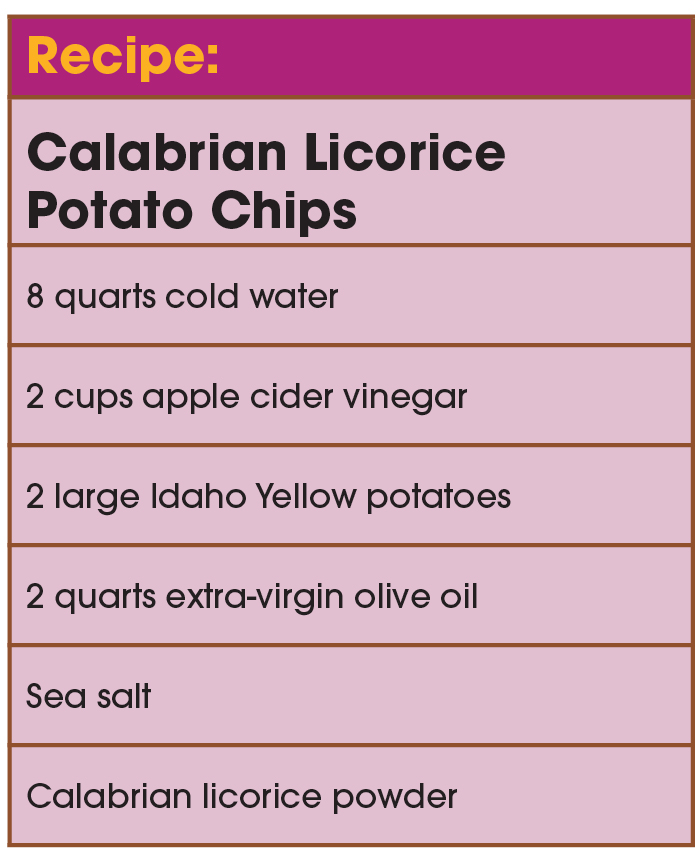 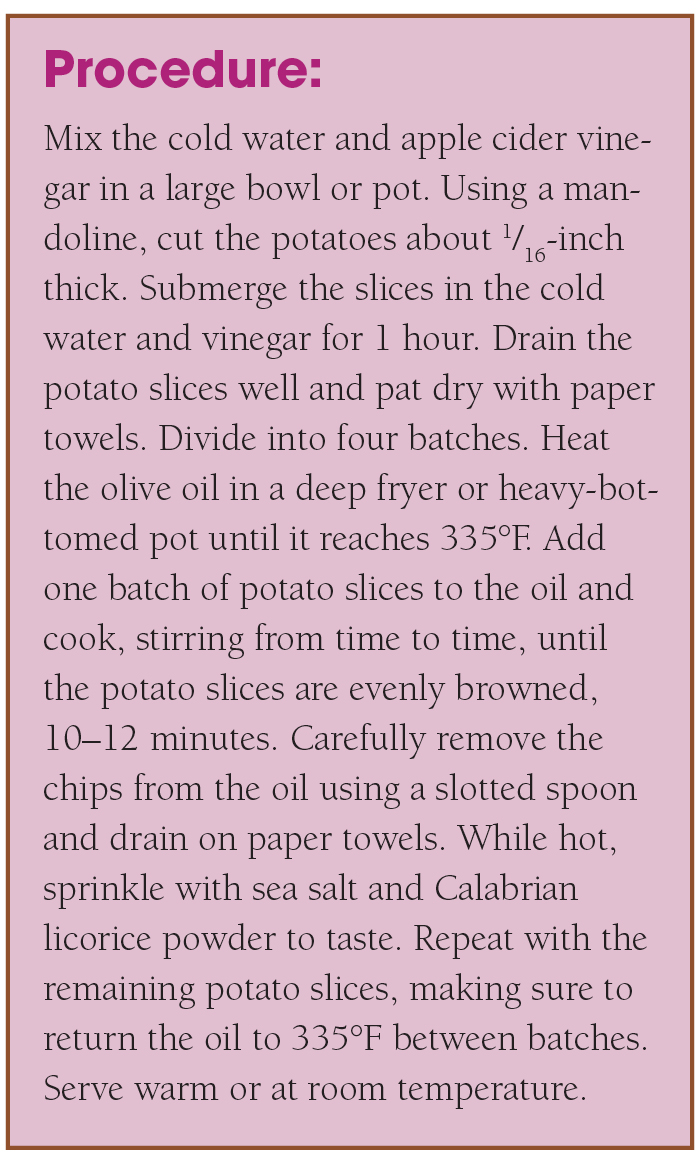 Gaining a competitive edge in the potato, corn and fruit chips markets

Culinary lore and the power of snack brand storytelling