Well, finally, the gluten-free labeling rule has taken effect, and I, for one, believe it couldn’t have happened soon enough. Regulations that let consumers know what it means when a product is labeled “gluten-free” took effect on Aug. 5. Considered “a major milestone” by some health experts, the new federal rules call for any packaged foods across the U.S. with a gluten-free claim to comply by labeling them “gluten-free.” 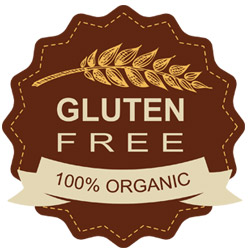 A gluten-free diet for someone with celiac disease is like insulin for diabetics, says Dr. Alessio Fasano, director of the Center for Celiac Research at Massachusetts General Hospital and author of the recent book, Gluten Freedom.

Set by the Food and Drug Administration (FDA), the rules state that such foods contain less than 20 parts per million (ppm) gluten. After finalizing the standard in August 2013, food manufacturers were given one year to comply. The standard applies to terms including “gluten free,” “no gluten,” “without gluten” and “free of gluten.”

The celiac disease community has lobbied for a standard for many years, because without one in place, terminology can be a free-for-all. Some companies were using the term “gluten-free” pretty loosely and others confused consumers, who really had no way to know if a claim was true, causing great health risks to those medically required to be on the gluten-free diet. And in case everyone forgot, a person can die if he or she doesn’t properly treat this auto-immune disorder. In addition, a range of other conditions are set off by gluten—sensitivities that cause headaches, intestinal problems and many respiratory issues.

People shouldn’t “just try out” a gluten-free diet if they have intestinal problems, Fasano says; a medical diagnosis is essential. For one thing, if the underlying problem could affect relatives, it’s important to know. And it’s impossible to find the effects of gluten in a person who eats no gluten. (Look for our upcoming webinar on Gluten Free Issues with Fasano in the coming months.)

According to the FDA, while this ruling covers foods and dietary supplements that it regulates, it doesn’t apply to most alcoholic beverages, cosmetics, prescription and nonprescription drugs, petfood and foods regulated by the U.S. Department of Agriculture (USDA), such as meat or poultry.

A recent article on Allergicliving.com notes that while the FDA is unable to test all of the products claiming to be gluten-free to ensure they meet the standard, dietitian Tricia Thompson of Gluten Free Watchdog has tested hundreds of gluten-free products already on the market, and the majority contained well under 20 ppm gluten. For maximum safety, though, it’s wise to stick to established free-from manufacturers, or to look for credible gluten-free certification programs (such as the Gluten-Free Certification Program, or GFCP, from the National Foundation of Celiac Awareness).

So it may be prudent for manufacturers producing gluten-free products to put testing protocols in place that have been developed in conjunction with a third-party food-testing laboratory or a certifying agency to provide the assurance consumers need. But the good news is that many products currently labeled “gluten-free” already meet the criteria. But it is pretty incredible to think that it took this long for gluten-free foods to be regulated.