BEMA, Overland Park, KS, elected new members to its executive committee and board of directors at its 2015 annual meeting, held in Hawaii in June. 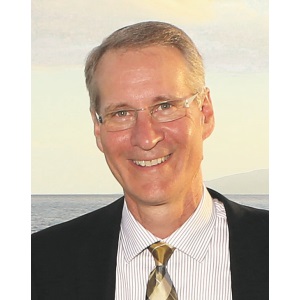 Terry Bartsch (right), vice president of sales, Shaffer Manufacturing, Urbana, OH, was elected chairman of the board of directors. He began his carrier in the baking industry in 1981 and has been with Bundy Baking Solutions since 2006. Bartsch has been an active member of BEMA since 1990 and has served on the board of directors for 10 years. He has also served BEMA as the chair of their scholarship and convention and programs committees.

Bartsch played a key role as a member of BEMA’s executive committee in developing the new educational offerings through BEMA-U, additions to BEMA’s meetings such as BEMA-Connect, dedicated pavilions at international trade shows and success at IBIE. He plans to work with BEMA’s board of directors, members and staff to steward these programs well. “We have put a number of new initiatives in place in recent years,” Bartsch states. “I want to make sure we invest the time and resources in these programs to insure their success and growth.”

BEMA elects 2016-17 chairman and board of directors

BEMA elects 2017-18 chairman and board of directors

BEMA elects 2021-22 chairman and Board of Directors

BEMA elects 2014-15 chairman, board of directors