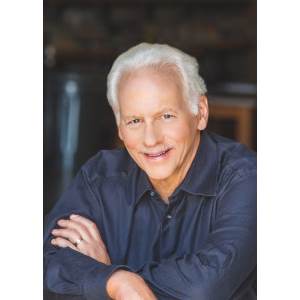 Ken Adelman will speak at the Allied Trades of the Baking Industry (ATBI) Leadership Breakfast on March 21 at the American Bakers Association (ABA) 2016 Convention, which will be held March 20-23 at the Arizona Biltmore in Phoenix. The former U.S. ambassador to the United Nations and director of the U.S. Arms Control and Disarmament Agency during the Reagan administration will give attendees unique insight into what they can learn from the late president during one of his most challenging moments.

Adelman’s presentation, “Leadership Lessons from the Master: Ronald Reagan,” will draw upon his highly-acclaimed book, “Reagan at Reykjavik: Forty-Eight Hours that Ended the Cold War,” which will soon become a feature film. As an adviser to the president during the Iceland superpower summits with Soviet leader Mikhail Gorbachev, Adelman will share his experience to offer a firsthand look into the character and leadership of Ronald Reagan during the weekend that became a key turning point in the Cold War.

“In a time of incredible turmoil and a yearning for leadership in our world, Ambassador Adelman’s presentation is both timely and inspirational,” says Robb MacKie, ABA president and CEO. “Ambassador Adelman’s front-row seat at one of President Reagan’s finest moments will provide keen insights into power of leadership at this year’s convention.”

Adelman began working for the government in 1969 at the U.S. Department of Commerce. From 1975–1977 during the Gerald Ford administration, he was an assistant to U.S. Secretary of Defense Donald Rumsfeld. Adelman later served as a national editor of Washingtonian magazine for 20 years and has written hundreds of articles and five books, as well as appeared frequently on television and radio. After government, he and his wife, Carol, began teaching executive leadership through their firm, Movers & Shakespeares.

For more information about the ABA Convention or to register, visit www.americanbakers.org/2016ABAConvention, or follow the convention at #PowerofBaking.