The 2015 Dietary Guidelines: Are bakers prepared? 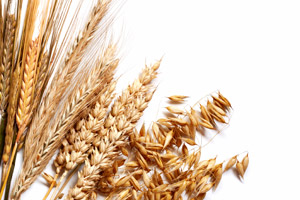 Is it just me or does it seem like the 2010 Dietary Guidelines for Americans and U.S. Department of Agriculture’s MyPlate came out just last week? When the announcement seeking nominations for the 2015 Dietary Guidelines Advisory Committee (DGAC) came out recently, it took me a little bit by surprise.

It’s still 2012, but believe it or not, planning is already underway for the development of the 2015 Dietary Guidelines for Americans. We know from the 2010 Dietary Guidelines that key areas of concern for the DGAC are once again going to be sodium, fats and added sugars. The 2010 guidelines recommended gradual reductions of these ingredients to help Americans’ maintain a healthy lifestyle and combat obesity.

Throughout the 2010 Dietary Guidelines development process, the American Bakers Association (ABA) spearheaded efforts to ensure that both enriched and whole grains had their proper place as the foundation of a healthy lifestyle. Working with all 10 groups of the “grain chain,” which includes the Wheat Foods Council, Grains Food Foundation, National Pasta Association, USA Rice Federation, General Mills and Kellogg’s, the ABA provided strong and unified messaging on the importance of grains in the diet. In addition, the ABA worked to make sure that appropriate policy makers in Congress and federal agencies were informed of the latest data and developments throughout the process.

The ABA and the grain chain’s unprecedented level of activity and education ultimately were highly successful in maintaining grain foods as the basis of a well-balanced and healthy diet. The concern going into the guidelines’ development process was that misinformation and whim would replace the overwhelming nutritional and medical support for both enriched and whole grains in the diet.

It may be earlier than ever, but the ABA is already strategizing with the grain chain to once again keep grains at the foundation of a healthy lifestyle. The good news is that scientific and medical evidence continues to grow in support of grains. The challenge may be that people in the “low-carb” camp also are gearing up to engage in the discussion on the 2015 Dietary Guidelines. The lesson from 2010 is to be prepared and be aggressive, which the ABA and the grain chain learned well.

Robb MacKie is the president and CEO of the American Bakers Association (ABA), Washington, D.C., and the chief advocate and spokesperson for the $102-billion wholesale baking industry. A recognized leader in the Washington business community, MacKie serves as a board member of the Business Industry Political Action Committee (BIPAC) and is a member of the Chamber of Commerce’s Committee of 100. He also serves on the Kansas State University’s Grain Science Advisory Committee.

ABA recaps its 2015 achievements, while preparing for 2016